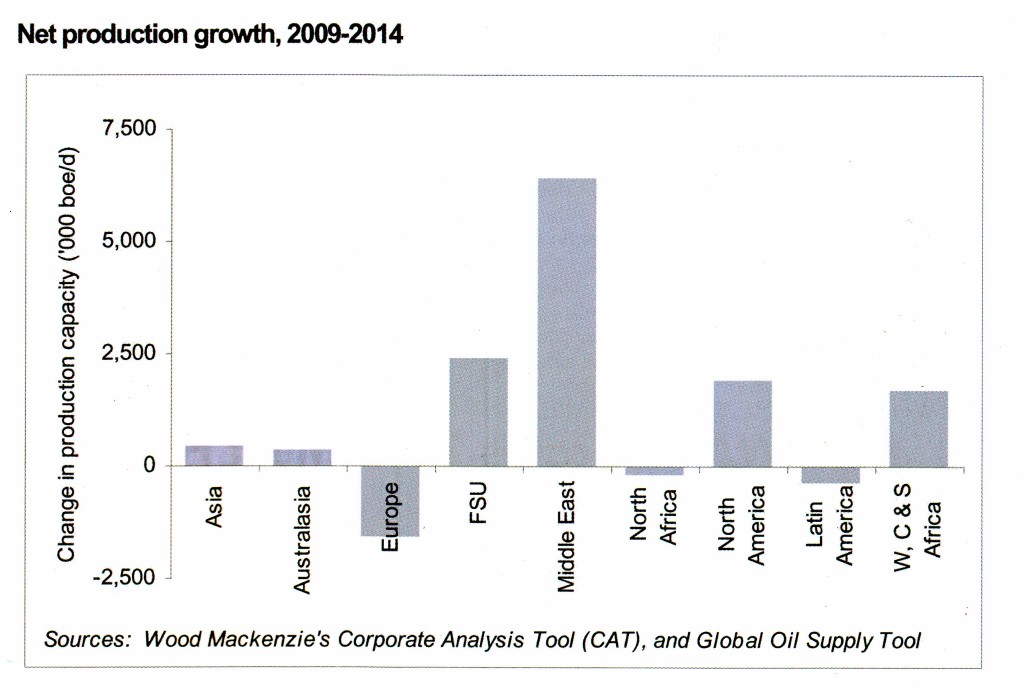 Crude oil production will decrease in North Africa in the next five years, according to analysis of global capital spend by Wood Mackenzie. An evaluation of projected global capital spend between 2009 and 2014 suggests a mild drop in net production growth in North Africa, although the decrease is nowhere near the sharp reduction in net output in Europe and, well, Latin America The report didn’t single out any specific North African country for assessment of relative increase or decrease in production, so it’s not clear whether a single country is responsible for growth or decrease. This contrasts with its assessment of Latin America, where it predicts a growth in Brazilian output. but explains that this growth is not sufficient to bring about a net increase in the regional crude oil output the time under review. The grim outlook of North African oil production is at odds with the growing presence of Western companies in the country since sanctions were lifted five years age. It also contrasts with the reported increase in discoveries in Egypt. What it means is that new oilfields are not being developed in Algeria. Libya. Egypt. Tunisia and Morocco. In specific detail, investment in exploration in Libya hasn’t delivered the sort of world class discoveries being encountered in the Gulf Of Guinea. notably Ghana and Angola. Egyptian discoveries  may be many, but they are small. Algeria is growing its gas assets, but there are no new, major oilfield discoveries, let alone developments.