The Limits of Technology

A major pivot on which the petroleum industry rotates is technology. Only very few business sectors require the use of technology at the same scale as the oil and gas industry. New technologies emerge daily and the latest and most efficient equipment today may be overtaken by improved versions tomorrow.

The heavy dependence on technology has always been with the industry.  The mastery and acquisition of high technology is a key success factor in oil and gas business. As the industry evolves and the dynamics of society changes, the requirements of success have grown beyond what technology alone can provide. The much sought-after hydrocarbon resource is trapped in the belly of the earth, sometimes hundreds of kilometers below the sea floor. The need to identify the location of the reservoirs and assess their make-up and quantity is the first challenge in oil and gas exploration. Only the deft application of technology guarantees overcoming the complex challenges.

The good news is that over the years, there has been significant and impressive improvement in the ability of the industry to imagine what lies underground and to extract more of what is down there. A heartwarming example is the recent huge oil find off the coast of Brazil – perhaps the largest discovery in about 30 years.

The industry’s common exploration technique has been to shoot sound waves and measure their echo – seismic acquisition. Today, 3D seismic is common place in the oil industry.  Geophysicists have also deployed enhanced versions of 3D and 4D to ‘see’ below salt and sedimentary rock formations leading to significant deep-water discoveries. Today, 4D seismic is gaining popularity.

Beyond Technology
From the moment crude oil is successfully extracted from the sub-surface of the earth, the oil prospecting company is faced with a new set of challenges. Often, these challenges relate to issues which question the sustainability of the business and its license to operate.

Either because of the sudden evolution of these challenges or inadequate preparation and anticipation of the magnitude, the challenges they raise sometimes threaten the existence of an oil company.
The result is an industry-wide negative perception. There is little technology can do to help.

Oil Firms and Bad Name
In general, even when a company does not have operational challenges, the general negative perception of oil and gas companies looms large.

According to a 2010 report by Jeff Smith, a partner at Prophet Leadership, a consultancy, technology companies, in general, seem to have the best reputation while financial services and the oil and gas industry have the worst. The term ‘Big Oil’, usually used to describe very successful multinational oil and gas companies has taken on a negative connotation. Consider what BP suffered as a result of the drilling expedition that led to the largest accidental oil spill in United States history and the death of 11 workers on the Deepwater Horizon oil rig.  As at April 2012, there had been about $8 billion in payouts.  It is reported that the outline of a civil agreement will cost BP another $7.8 billion in restitution to businesses and residents along the Gulf of Mexico. Meanwhile the company has paid at least $14 billion in cleanup and other costs since the accident. This will bring the expense of the mishap to about $30 billion for BP.

What to do
Oil companies, as a matter of necessity, should begin to focus more on effective management of reputational issues. Several have well staffed, in-house experts but can do with additional help. The industry is not known to interact very well with other sectors, several of which deploy significant resources to building capacity and engage in intellectual discourses on how to improve. Other than the geologists and engineers, the other professionals who handle the soft issues are neither seen nor noticed in their professional circles.

There is no doubt that the oil and gas industry is doing great work in society in addition to paying good wages and taxes, but what the industry is reputed for is largely  environment, social  responsibility  negligence .

What is good work if you are not appreciated?  Oil companies need a new set of tools to do that; and technology will never be able to deliver them. 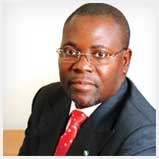