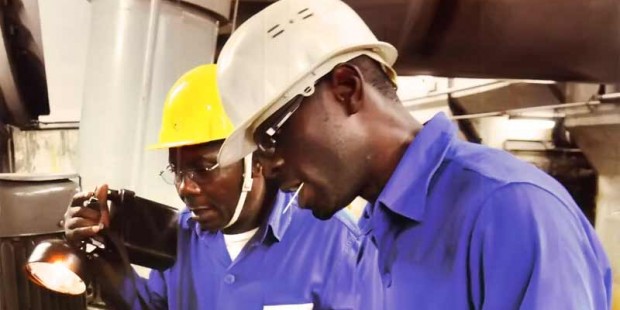 Tullow Oil may have set off a chain of events for a fourth field development plan offshore Ghana.
The Wawa-1 discovery in the Deepwater Tano licence, announced on July 17, is located 10 kilometres north of the Enyenra-3A well, testing the previously undrilled, updip portion of the licence. More crucially, however, pressure data shows that it is a separate accumulation from TEN(Tweneboa, Enyenra and Ntomme), a cluster of fields whose development plan is on course for submission to the Ghanaian authorities.
Another such cluster of fields, the MTAB(Mahogany, Teak, Akasa and Banda) is in pre-development plan stage. These two developments, each of which is predicted to deliver at least 100,000Barrels of Oil Per Day at optimum when completed, are separate units from the Jubilee field, currently producing 70,000BOPD, and scheduled to be scaled up to 125,000BOPD by 2013.
If the Wawa discovery is indeed a separate accumulation, and its appraisal improves the likely reserves, it might just lead to another cluster of fields slated for development.
Wawa-1 was reported to have intersected oil and gas-condensate in a Turonian turbidite channel system, encountering 20 metres of gas-condensate pay and 13 metres of oil pay in turbidite sands. Samples show the oil to be good quality between 38 and 44 degrees API.
The well will now be suspended for possible future use in appraisal and development operations.
The Atwood Hunter semi submersible rig drilled the Wawa-1 well to a final depth of 3,322 metres in water depths of 587 metres.
Tullow (49.95%) operates the Deepwater Tano licence and is partnered by Kosmos Energy (18.00%), Anadarko Petroleum (18.00%), Sabre (4.05%) and the Ghana National Petroleum Corporation (GNPC) (10% carried
interest).