NDEP Sucks 7MMBO Out of Ogbele 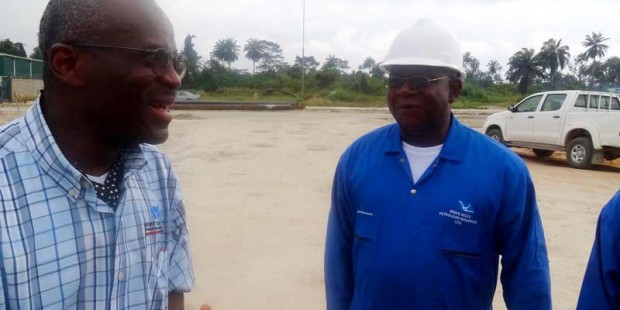 The Nigerian independent, Niger Delta Exploration and Production (NDEP), had produced Seven Million barrels of oil (7MMBBO) from  its Ogbele field in Eastern Niger Delta as of July 2012. The field production commenced in October 2005. The company is hoping it can produce many times more oil in the short term. It is also working prove that the field has reserves of 100 million barrels of oil equivalent by 2015.

NDEP currently produces less than 3,000BOPD from the field, but it is working on attaining a daily oil production rate of 5,000 barrels per day by the end of 2012.

Ogbele currently has the capacity to deliver the 5,000BOPD, but there was” substantial locked- in production capacity and production contributions from Ogbele Well 1 of between 1,000- 1,500barrels per day for all of last year”, Mr Fatona told a general meeting of the company’s shareholders, in Lagos recently.

He said the company had embarked on extensive re-evaluation of the Ogbele field through new 3D seismic acquisition and subsequent re-interpretations of the field’s geology and reserves. In addition, the company had planned a series of work-over of some wells and drilling of two additional developments wells.

Total oil production for 2011 was 732, 638 barrels, a 4lpercent decrease from the 1.2MM barrels reported in 2010. The company has recorded a cumulative production of 7MM barrels from Ogbele field, compared to Chevron’s initial estimation of a STOIIP of 5 MM barrels for the field. This positive situation, he said, had reinforced the earlier belief that Ogbele carries substantial resources to justify the ongoing developments and gas investments.