Shell’s equity gas production all over the world will surpass its net oil output by the end of 2012. It is official. “Globally, Shell is focusing more on gas”, says Ubaka Emelumadu, Vice President Gas, Sub-Saharan Africa Shell Upstream International.
Shell is increasing its gas output in places as far flung from one another as Qatar, The Netherlands, Australia, Russia and Nigeria. 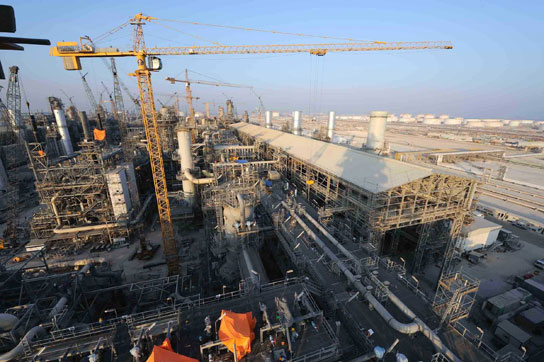 Shell claims it is “moving ahead with the world’s first Floating Liquefied Natural Gas(FLNG) vessel, to be anchored on the Prelude Gas Field, 200 kilometres off Australia’s north-west coast. The company also lists Sakhalin-2 in Russia, Pearl GTL, the world’s largest Gas To Liquids plant, located in Qatar, as well as Qatargas 4, a 7.8Million Tonnes Per Annum megatrain, on its portfolio of major projects.

But where’s Africa? And what’s Nigeria doing on the list?

Shell is in discussions regarding shale gas exploration in Algeria, Africa’s largest exporter. It has experienced a lack lustre exploration performance in Egypt and only months ago walked out of Libya. It’s also not involved in the Angolan LNG, which is currently under construction. So all of its “gas eggs” are in the Nigerian basket. Contrary to the perception created by Shell’s recent sale of three iconic gas processing plants in Nigeria, Ubaka says that the country is one of the growth nodes in the company’s increasing gas output worldwide. The Oben gas plant, with current production of 100 million standard cubic feet of gas per day(100MMscf/d), the Utorogu Gas Plant(300MMscf/d), both of which collectively deliver most of Nigeria’s domestic gas supply, were sold in the in the course of Shell’s divestment from eight onshore acreages between 2010 and 2012. Part of the divestment was a smaller plant-the Odidi Gas Plant- which produced as high as 80MMscf/d before it was shut down in the wake of security challenges in the Niger Delta basin. The Anglo Dutch major is, however, “seeing a steady increase in Joint Venture(with government) gas production in Nigeria, for domestic consumption as well as export”, Emelumadu remarks.

The company’s data backs Emelumadu’s assertion. As Shell discards plants like Oben and Utorogu in the troubled Delta State, it has commissioned a much larger plant: the 1billion cubic feet per day (1bcf/d) Gbaran Ubie field in Bayelsa State in the last two years. It also operates the 1Billion scf/d Soku Gas Plant as well as the 450MMscf/d plant in Bonny, in Rivers State. The three provide part of the feedstock for the 22MMTPA  Nigeria Liquefied Natural Gas (NLNG)facility. The company is leading the campaign for Government’s sanction of an 8MMTPA extension to the NLNG facility .

Shell says its sale of domestic gas plants has not reduced its commitment to developing a domestic gas market in the country. Shell commissioned the 240 MMscf/d Okoloma Gas Plant, in Rivers State in late 2008, to supply  the Afam VI power plant a brand new station it built, which is currently contributing around 14-17% of Nigeria’s transmitted power capacity. “Up to 1998, the Shell operated Joint Venture with Nigerian government was the only supplier of gas to the Nigerian domestic market”,  Emelumadu says. “The company is still building additional capacity to accommodate future demand growth, most of which will be used for electricity generation. The Shell JV and Chevron -JV are jointly developing the unitised fields of Assa North/ Ohaji South for 1Bcf/d supply capacity to the Domestic Market”.