Africa’s Onshore Production On The Decline 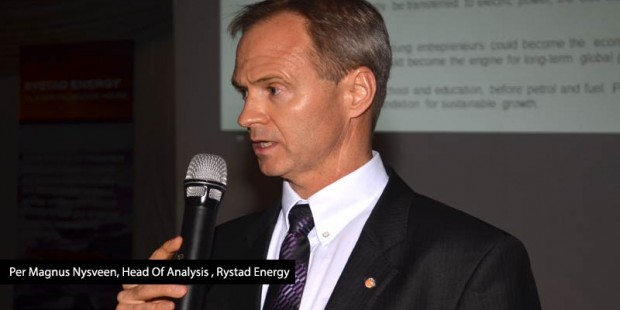 Conventional onshore crude oil production in Africa is on the decline. Although rising deep water production will help replace some of the decline onshore, overall production may be flattened by the trend, according to Rystad Energy, a Norweigian oil and gas consulting and business intelligence firm.

Per Magnus NYSVEEN, the company’s Head Of Analysis told a gathering in Lagos, that output of Hydrocarbon Liquids from South America and Asia may surpass that from Africa in the coming decade.

“Global liquids supply potential is 100 MMBBLPD by 2020”, Mr. Nysveen told a roomful of oil industry professionals at the monthly session of the Lagos Oil Club, “ Africa (may be) possibly by-passed by Asia and S America during the coming decade”. 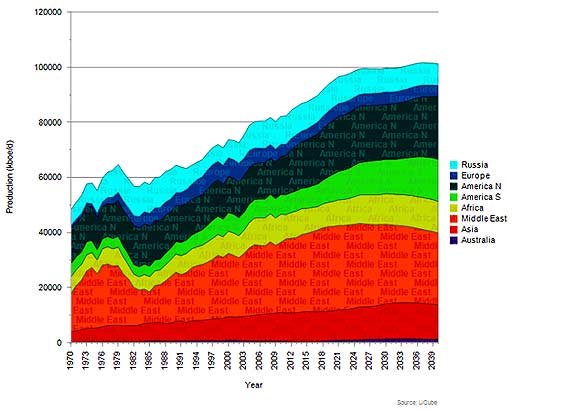 “The countries in Africa with a decline trend going forward are Algeria, Nigeria and Angola, in that order of significance and certainty”, Nysveen says. “Algeria has already showed signs of decline, Nigeria may face decline within a couple of years due to several large FPSOs possibly falling down from plateau production levels, the same may happen in Angola two to three years from now. However, the supply situation in the three countries is quite different in our view: Algeria lacks both an inventory of old discoveries and exploration activities in existing licenses”.

Rystad provides the sort of services that is a cross between what IHS and Wood Mackenzie offer. The company was founded in 2004 by Jarand Rystad, with a focus on Norway and Northern Europe and expanding focus areas to North America. The company’s presentation in Lagos was within the context of accessing business opportunities in Africa, beginning from Nigeria.

“Nigeria has ample contingent resources in old discoveries, but seem to lack exploration activities in existing licenses”, Nysveen observed. “Angola has both discoveries and exploration potential, but may still face short-term decline because FPSO reserves are not being sufficiently replaced. In Nigeria, I find it particularly alarming that fields sanctioned for development contributes less than 10% of our 5-year ahead production forecast, in both Angola and Algeria this figure is significantly higher”. 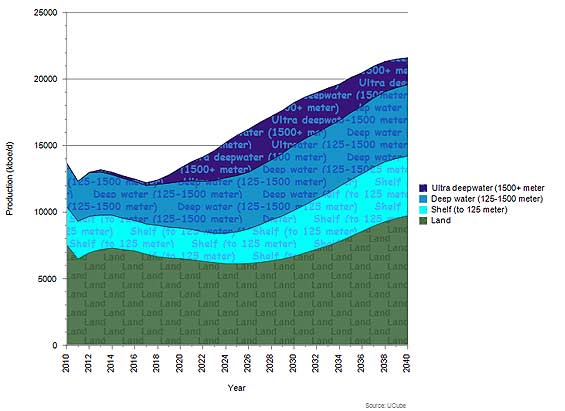 Nysveen’s Curriculum Vitae  says he has developed comprehensive models for production profile estimations and financial modeling for oil and gas fields. He has 20 years of experience within risk management and financial analysis, primarily from DNV.

The analyst noted that Brazil’s pre-salt carbonates is a key driver of South America’s growing faster in total liquids supply than Africa, “but this is also driven by Venezuela tar sands development and Argentina shale potential”, he contended. “The growth potential in Asia comes first of all from the Caspian Sea, but we actually also foresee some long-term growth from shale drilling, biofuels and refinery gains in China.

“In Brazil, more than 50 exploration wells have been drilled over the last 10 weeks, 10 of which are ultra deep water wells. We estimate as much as 60 floating rigs are now drilling in Brazil, vs. only 10 in Nigeria. On top of this, in Brazil one out of three deep water wells are exploratory, in Nigeria this ratio is much lower, maybe as low as one out ten this year.”