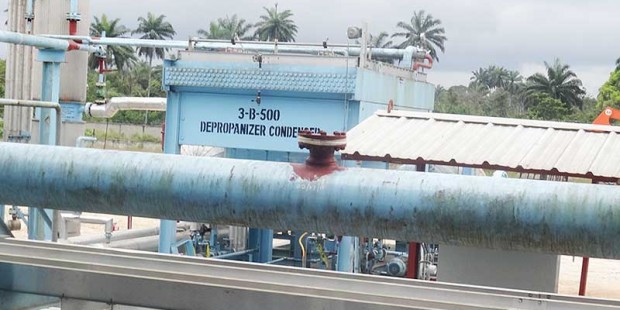 With this, the company will become the first minnow and the first non-European operator to supply gas to the NLNG’s 22Million Tons per Year (MMTPA) capacity system.

The NLNG is a consortium of three European oil majors: Shell, TOTAL and Eni (Chevron and ExxonMobil, the two American majors working in Nigeria, are absent) and the state owned NNPC. It is the largest Africa based, gas-focused company.

NDPR, a homegrown Nigerian independent, will supply a meager 37-40Million standard cubic feet per day to the system. It is small, but it is symbolic.

“After various delays due to unavoidable Third Party stringent technical requirements and new preconditions set by NLNG, NDPR is pleased to confirm that the installation of the Gas Plant is now competed and effective commissioning of the plant has finally commenced”, says Layiwola Fatona, the company’s Managing Director.

The delivery will signal the completion of the commissioning of the gas plant and transportation facility.

A two day audit of the process, including an inspection and walk through of the facility by a combined team of very senior technical inspectors from NLNG, Shell and DPR Officials, confirmed that the plant had been built to international safety standards and is in a state to produce, process and transmit gas uninterruptedly to the NLNG. That process was completed last week Tuesday, the 9th of October, 2012.

“As of Monday the 15th October 2012, the 20 km 12″ NDPR owned and operated Ogbele – Rumuji Gas delivery line, commenced the mandatory hydro-testing processes, whereby a series of water and gas flushes the line, ahead of dry gas transmission from the Ogbele Gas Plant to Bonny NLNG Plant. NDPR anticipates that effective and continuous gas transmission will commence no later than the end of October 2012 or immediately thereafter”, Fatona explains.

“With this, will be the attainment of a major milestone, yet again for NDPR, the effective elimination of gas flaring from our oil production operations at Ogbele, the commencement of commercialization and monetization of our gas resources and not least, the full compliance with the Federal Government Zero Gas Flare policy. This is a small foot step towards a big national environmental, resource conservation and utilization objective”.

« Uganda: Export Pipeline Is The Bankable Asset
Afren To Divest Its Shares In First Hydrocarbon Nigeria(FHN) »