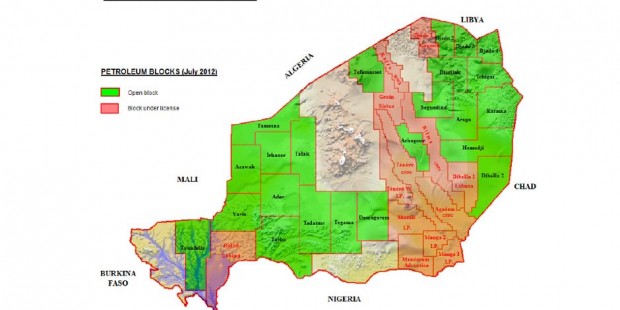 IP’s blocks are the most prospective after the Chinese operated leases.

In the end, the recently concluded award of licenses for nine hydrocarbon acreage in Niger Republic, came down to the influence of two people: Frank Timis, founder of International Petroleum, and Dahiru Mangal, the Nigerian owner of Persoil Trading and Maxx Air.

Imis, who has, through Africa Petroleum, built a substantial portfolio of acreages in deepwater West Africa, got his day in the desert by winning four acreages in the Sahelian country for his other company: International Petroleum(IP).

A Cabinet meeting on July 6, 2012 awarded Manga 1, Manga 2, Aborak and Tenere West to IP. All of the blocks awarded on IP are trending along the flanks of the trough where reserves have been discovered and currently under production in areas operated by the China National Petroleum Company.

Mr Timis, who is becoming one of the most aggressive hydrocarbon explorers in Africa’s frontier basins(His African Petroleum drilled two deepwater wells in Liberia in 2010/2011 and opened up the country with the first commercial discovery), had courted the Niger Republic president for months, flying into the country several times, according to reports.

Dahiru Mangal, the Nigerian businessman with the most extensive logistics operations along the Nigerian-Nigerien border, was able to get three blocks for Advantica  Gas &Energy and Labana Petroleum, companies linked to two former governors of states in Northern Nigeria.

Labana won Dibella 1, which adjoins CNPC operated  Bilma block to the east. Advantica was awarded the Manadaram Block, south of  I. P’s Aborak. Labana’s other award is Dallol, which is located in the far South west of the concession map.

Mangal’s companies have been responsible for transporting Nigeria’s Northern Pilgims to the Hajj for years and that is quite an important work in the context of economic issues in that part of the country. He was very close to Umar Musa Yar’adua, the late Nigerian president, but more crucially for these new awards, Mr Mangal is very chummy with Mahamadou Issoufou, president of Niger Republic.