Why TOTAL’s Sale To Sinopec Is Surprising 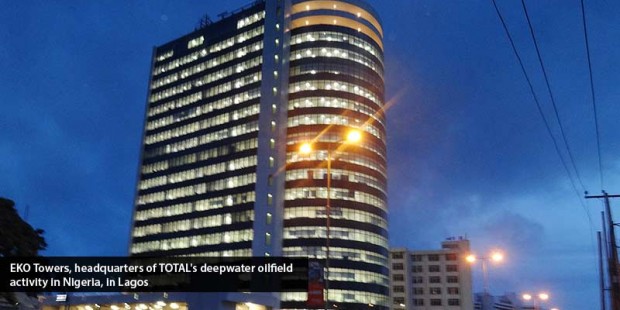 Still, it is in scrutinising the content of the surprises that the deal’s raison d’être  starts to make some sense. The Usan field no doubt looks like a high value field, one of only seven fields in Nigeria with production of over 100,000BOPD. TOTAL plans to complete $15 billion to $20 billion of asset disposals from 2012 to 2014 and OML 138 happens to be one of them. “If the company could sell such a prized Nigerian asset, then it means that the rest of its assets in Nigeria is fair game”, says one official at the country’s department of petroleum resources.

TOTAL’s press statement on the sale, however, contends against insinuation that it is exiting the country. “Usan accounts for less than 10% of the group’s equity production in Nigeria”, TOTAL’s president for upstream, Yves-Louis Darricarrere, was quoted to have said. “The sale of the asset operated from a minority position will allow us to focus our resources on the material growth opportunities in TOTAL’s portfolio.”

Even then, “oil majors are global travelers, who are always having a wide choice of assets all over the planet and ranking them”, says Jerry Tolkein,  a Cairo based upstream analyst who is focused on the continent. True, but does it mean that TOTAL, who paid around $1.5Billion two years ago to acquire a landlocked asset in Uganda, which would require a further  $12-15Billion investment on a 1,000Km pipeline for evacuation, ranks such an asset higher than OML 138, or would rather sell OML 138 to secure a place in the East African frontier?

Part of the data that may provide the sale is that the 1993 PSC agreement, which incentivized the development of fields like Usan, is under pressure. Compared with $31Billion made from Joint Venture licences in 2011, the Nigerian state makes around $1billion from licences under PSC terms, most of which are deepwater fields. So the Government, after allowing zero royalty for deepwater acreages awarded in 1993,(when the country was unsure of what treasure lay in the frontier) is now keen on collecting royalty. Indeed, the major bone of contention in deepwater is that fiscal terms have become less favourable to the producers in the Production Sharing Contracts that are becoming operable since the first open acreage sale in the country in 2000.

Enter the Petroleum Industry Bill(PIB), an omnibus piece of legislation which combines 16 different Nigerian petroleum laws in what is supposed to be a single transparent and coherent document. The legislation has been locked down in a raucous debate since it was first presented to the National Assembly in 2008. The PIB is perceived as a law that would formally grant government access to taxes that are far much higher than today’s take that the IOCs consider outrageous. Royalty on deepater fields (in excess of 250metres water depth) will go up from zero to 15%. Is that enough for TOTAL to walk out?