Maersk May Break The Block 16 Jinx

Maersk Oil has reported flow rates of up to 3,000BOPD on a 36/64-in choke in Caporolo-1 in Angola’s Block 16. The company drilled the well as a step-out exploration probe on a structure 13 km from the Chissonga discovery. This could prove a field extension, or an additional development to the Chissonga structure, on which Maersk has drilled three appraisal wells. If a commercial field development could be established, Block 16 would be out of the trap it’d been consigned to since Shell walked out on the lease in 1997.

Block 16 is a deepwater lease, sandwiched between Blocks 15 and 17, Angola’s most prolific deepwater blocks. 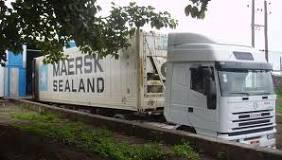 Yet it hasn’t produced a drop of oil. Operator after operator has worked on  the tract and found the geology disappointing.

Caporolo-1 was drilled by the semisubmersible Pride South Pacific in the western part of the block in 1,235 metres of water, 300 kilometres northwest of Luanda. Maersk says the find warrants further appraisal to establish whether the find is commercial.

Four more exploration/appraisal wells are planned for the block. This prognosis is much better than other operators have come up with regarding the Block 16