Advisory: So Much Under One Roof 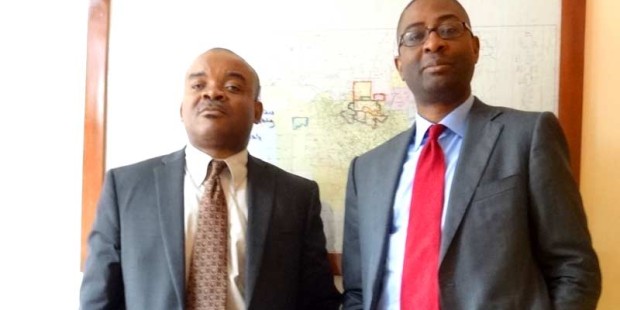 When Gbite Adeniji left Aelex Nigeria, the commercial and litigation law firm, in 2010, there were whispers that the man had moved on again. He had co-founded the Law Union in 1995, arguably the largest commercial law firm at the time and worked in the Oil & Gas Policy Division of the World Bank. On return to the country in 2003, he had consulted for the Nigerian Government on some important assignment in the oil and mining sectors, including the downstream gas bill (now incorporated into the Petroleum Industry Bill). He left Aelex, which he also co-founded, after six years.

Adeniji has been prominent in the construction of the legal framework for natural gas market in Nigeria and, for many of those keen to understand how the gas value chain works now, and will work in the future, he has been a key, go-to-guy. The question in 2010 was, where was he going to set up shop again? Who was he going to join? It seemed that Aelex was the place to be, so why?

The answer came to me only a few weeks ago. But first,a background.

18 months after Adeniji left Aelex, Ike Oguine elected early retirement from Chevron Nigeria (precisely May 2012), 13 years before he would clock the mandatory retirement age of 60. He was the company’s General Counsel, the top lawyer at America’s second largest resource company in Nigeria. In his 20 years with Chevron he was Lead Counsel to Chevron for the West African Gas Pipeline(WAGP) Project, the Escravos Gas To Liquids Plant, the Brass LNG Project, the OKLNG Project as well as the company’s representative on the working group(including external consultants) who developed the framework for domestic gas aggregation in Nigeria and a model Gas Sales and Purchase Agreement for use by the industry.

These two counsels have pooled resources together in one firm,  Advisory, located in a quiet street off the Admiralty Way in Lekki Phase 1, the rapidly expanding upmarket suburb in the east of Lagos.

It’s a fitting location for a company focused on energy and natural resources. With an increasing number of oil and gas servicing companies in the vicinity, Lekki Phase 1 is becoming something of a Lagos version of Port Harcourt’s Trans Amadi, albeit without the big construction yards and jetties and dredging facilities. But Advisory’s sights are set higher than working for small, oil service firms.

“Gbite was running Advisory Legal Consultants”, Oguine told me, one recent evening at the office, opening up the conversation. “I was running Pollen Consulting( a legal-business advisory working largely for the gas to power sector). I joined him”

Oguine speaks softly and appears less keen to prove a point than Adeniji. Which is as well; the former has worked for the most time in a shielded environment, while the latter has been literally out in the streets.

Neither of them, though, pretends that their career achievements are modest.  “We are specialists”, they say in their prospectus, “an uncommon skill set in Nigeria’s legal space. Our expertise focuses on legal, regulatory, policy issues in the energy, natural resources and infrastructure and on the commercial and transactional matters arising in project development.”

The partners think there’s no better time than this to get into the field of energy consulting in Nigeria. “Imagine the spend, not just on the power sector, but more on the gas side”, Adeniji allows.

“This is very interesting timing. Also happening in a juncture where there’s significant regulatory changes..New opportunities. Industry is opening up in a way it’s never opened up. In power there’s an explosion of companies”, Oguine concurs.

“Lots of Greenfield projects, commercial tariffs”, Adeniji remarks.  “Look at the industry itself: Shell divestment. Rumours of disposals by Chevron, marginal field rounds, all kinds of acquisitions. Some of the early indigenous players are becoming significant players”.

A meeting with them offers insight into what to expect in the industry in the near term. ”In a way, with the majors becoming more specialized; deepwater has been so successful. What happens after deepwater?”,  Oguine asks. “Domestic gas projects are coming up from both majors and minnows. The market for gas in Nigeria is opening up”, Adeniji contributes, steering the discussion towards his favourite subject.

Oguine reminds all that the discussion around the “Petroleum Industry Bill PIB has been restarted” and adds that their firm, Advisory “is bringing knowledge into the frame. The new company is at the front of all these”.

Oguine graduated with LL.B from Nsukka in 1984 and holds a 1987 Master of Law(LL.M) degree from the University of Jos. He’s purely home bred, starting his career with practice, then lecturing, before going into Chevron, deep into industry. Adeniji largely trained abroad, with a Bachelors(LL.B) Hons from the University of  London in 1985. After many years work in the industry in Nigeria, he returned to the United States, for LL.M at the Georgetown University Law Centre in Washington, the United States.

“Gbite has done more infrastructure than most lawyers”, Oguine replies. “He’s been involved with the Federal Government with respect to rail. He’s worked with (Federal Capital City)Abuja with respect to the Mass Transit System and with Lagos State with respect to its PPP framework”.

“In some jurisdiction”, argues Adeniji, “this kind of work would be classified as Frontier work.”

But there’s understandable scepticism abroad about some of these initiatives. With all the noise about PPP, the Ministry of Petroleum Resources has gone ahead with spending $1.5Billion from the public purse to rehabilitate refineries. The Ministry of Aviation ignored what could have been a trend begun with the MM2 and went ahead to fund the rehabilitation of several airports all over the country.

With the Lagos Ibadan Expressway PPP revoked and now handled as a Federal Government contract, another PPP project has suffered a hit. The money will have to come from the same treasury that petroleum subsidies are coming from.

Oguine responds, not specifically to those issues I’d raised. “Some of the stuff we’re talking of have already taken off. We see no reason why it will not continue to go on”. Adeniji weighs in: ” If Nigeria doesn’t develop its power sector in the next few years, we are all doomed. This government inherited an extensive range of reforms, in power, in oil and gas and in other segments of the energy sector. They just need to run with it”.

We all agree that there was some progress in the Electricty Sector Reform Act.  “The (World Bank) Partial Risk Guarantee which underpins the gas or power offtake-That’s significant development. Or the multi-year tariff order (myto)-which kicks in incremental increase in power prices, will allow investment in the sector. All these initiatives were inherited”.

Oguine contends that “We were complaining that we built all these power plants and there’s no gas. But you have the infrastructure”. And he says: “even the PIB-what we’ve gained with the back and forth is a thorough debate, if the government is serious. A lot of pre-work has been done. Whether these are going well or not, there’s a legal role.”

Adeniji allows that major policies have been enunciated in the last 10 years. “Are we going to have policy reversals? I think Not. The centrality of the power reform process is so clear to everyone”.

Oguine: “ Every major reversal of the Umar Yar’adua Administration is back on course”

Adeniji:” If the government says ‘We can’t privatise power’, where is it going to get the money to build the infrastructure?”

They both return to chest beating about what Advisory can do.

“We are realists. In almost all reasonable scenario, there’s momentum”, Oguine says.

“In our jurisdiction, you don’t have this kind of experience, under one roof”, Adeniji adds. “I basically helped to design the legal architecture for the resources sector in this country. I also have the privilege to have been able to practice as a core industry lawyer-advised governments, small companies and big firms. All those perspectives will be handy in this new job.

“Now you have someone who has advised a major multinational all these years rising to be a General Counsel. This is a man with the core legal experience at the managerial level”.

What excites me is that I am negotiating lean gas offtake in one breadth and discussing pipeline transportation in the next.”.

As I take my leave I ask Adeniji how he feels moving around several projects, companies and institutions in such a short space of time and specifically, why he’d leave such a growing brand name like Aelex to form a new legal shop.

“I am uncomfortable with orthodoxy”, he responds. “There’s a lot of orthodoxy flying around. A lot of people like things to stay as they are but I am always trying new frontiers, constantly trying new environment”, he explains. “As a cub lawyer sitting several years in court and seeing cases move very slowly, I thought things weren’t optimal. It was in weighing my options that I came up with this area of law”.

“How do we, today, open up a new area of practice if we don’t experiment?. We’ve been able to see that there are other, equally interesting  areas of law”