Nigeria: The Marginal Field Experiment At 10 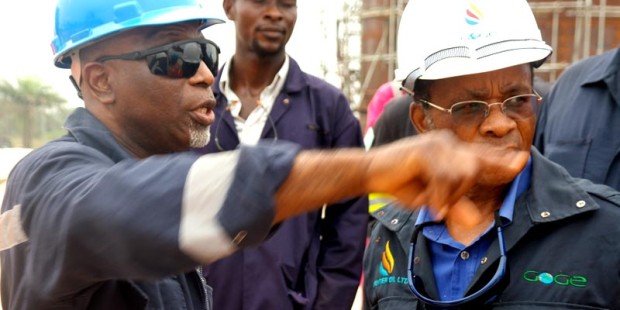 Nine Nigerian independents have a particular reason for celebration this month; the 10th anniversary of the country’s experiment in marginal field operatorship.

In February 2003, the Nigerian government awarded 24 marginal field licences to 31 local enterprises, 24 of them designated operators with seven partners.
10 years after, seven out of those fields(or 29% of the assets) are in some form of sustained production.
The nine companies who own these fields are delivering gross production of 27,200Barrels Of Oil Per Day(BOPD) and 35Million Standard cubic feet per day(35MMscf/d) of gas.

In decreasing order, Midwestern/Suntrust partnership is producing 13,000BOPD in Umusadege field, nearly half of the total, followed by WalterSmith 3,700BOPD in Ibigwe Field, Energia/Oando partnership 3,500BOPD, in Ebendo Field, Pillar Oil 2,700BOPD in Umuseti field, Brittania U 2,200BOPD in Ajapa Field, and Platform Petroleum 2,100BOPD in Egbeoma Field.  Frontier Oil is producing gas,( as of January 14, 2013, doing 35MMscf/d), transported through a 66km AccuGas owned pipeline to the Ibom Power Plant in Ikot Abasi.

Five of the seven fields, producing 23,300BOPD, are located in Delta state alone.

Marginal fields are essentially undeveloped discoveries, located in acreages held by majors, who consider them rather uneconomic to bring into production.

In compelling the majors to farm out the fields to Nigerian companies, the Nigerian government hoped to boost the percentage of total National production that is operated by homegrown companies. Ideally, it’s a form of capacity building.

In the 10 years since the awards, the companies have faced financial, logistical and technical challenges on the way to first oil or gas.

For one, it took close to two years, after the symbolic granting of licences by the Department of Petroleum Resources, for most of the companies to come to farm out agreements with the IOCs from whose acreages the fields were carved out. The earliest farm out agreements were signed around November 2004.

By the end of 2008, which was five years after the licencing, only three out of the 24 fields:  had come on stream; the Platform operated Egbeoma field, the WalterSmith operated Ibigwe Field and Midwestern’s Umusadege Field.

Technical Challenges
Technically, the experiences have been a mixed grill. The assumption is that an operator will re-enter one of the wells that have proven a discovery, conduct a drill stem test and complete one or two of the reservoirs that have been certified to hold commercial sized hydrocarbon.  It can then drill another well for higher volume of production.

Most of the technical train wrecks that have been encountered have been those that haven’t religiously followed this path.

But to look on the bright side. The investment on infrastructure, on the back of cash flow from marginal fields, is an indication of what can happen if there was a more structured guidance for the unleashing of entrepreneurial energies.  The Platform/Newcross owned 48km pipeline from Egbeoma to Kwale, is in two parts: a 6”, 32km pipeline goes from the field to Umusadege, where four companies bring their crudes to be ferried via the remaining 16km, 8”km from Umusadege to Kwale. “Our efforts are the reason our cluster produces 21,000BOPD today”, says one Platform Petroleum engineer, “that’s probably 75% of all marginal field production”.

Or take the realization that, when Frontier Oil gets to peak production of 200MMscf/d, feeding the contractual 45MMscf/d to Ibom Power and the contractual 150MMscf/d to Calabar(all these agreements have been signed), it would be defacto provider of gas for 1,000MW Power Plant capacity.

The Ogbele Marginal Field, which prefaced the Marginal Field Bid Round of 2002-2003, is the source of 120,000litres of diesel every day, produced by a Topping Plant installed on the field, utilizing 1,000BOPD. The field is also producer of 22MMscf/d of gas, delivered to the NLNG system. With one marginal field doing no more than 2,500BOPD, the Niger Delta Petroleum Resources has created an integrated oil and gas company.

The Marginal Field exercise of 2002-2003 has also been the springboard for growth of several companies, into what’s now known as “mid sized Nigerian E&P companies”.Three out of the Five companies to which Shell  and Co, sold their assets had significant marginal field background.

Seplat(which bought OMLs 4, 38, 41) was formed by Shebah and Platform with Maurel et Prom, the French minnow, being the European partner.
It was Platform’s desire to grow beyond a marginal company size that led it onto discussions with Shell.

Neconde(which bought OML 42) consists chiefly of Nestoil and Yinka Folawiyo(Nigerian companies), with Kulczyk Oil Ventures Inc, a Polish company, as the European partner. Nestoil , though an oilfield contractor for most of its decade plus life, is the financing and technical partner in Goland’s Oriri marginal field. Niger Delta Western(which bought OML 34) was formed largely by Niger Delta Exploration Petroleum, which started life by operating the Ogbele marginal field.