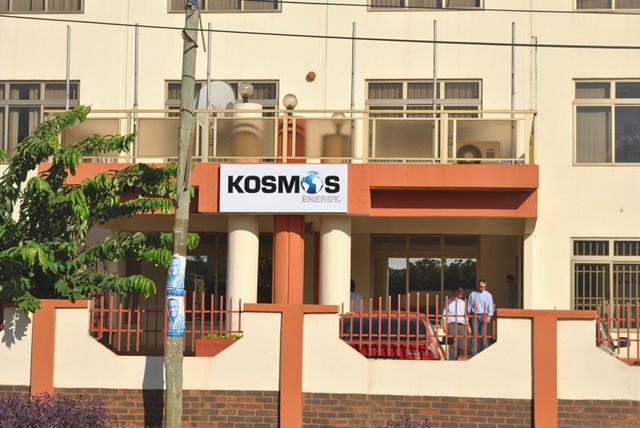 Herewith, a rough, intelligible schedule of exploration and appraisal wells in Africa’s Frontier Basins in 2013.. Overlap from 2012: The Sapele-1 exploration well on the Deepwater Tano Block off Ghana was spud in December 2012. The well is targeting multiple Turonian-aged reservoirs, below a water depth of approximately 1,840 meters. Drilling had reached a depth of approximately 3,900 meters as of the time of our going to press. The primary target encountered a high-quality water-bearing reservoir. Drilling operations at Sapele-1 are continuing to additional reservoir intervals, with total depth for the well planned to be approximately 4,100 meters. The well is expected to reach its total depth in the first quarter of 2013.

Paipai-1 in Kenya had been suspended after  a total depth of 4,255 metres as of the time of our going to press in late February, 2013. Light hydrocarbon shows were encountered while drilling through Lower Cretaceous sands but they couldn’t be flowed.
African Petroleum made a discovery in the Bee Eater-1 well in Block LB-09 offshore Liberia drilled with Ocean Rig’s semi-submersible rig, the Eirik Raude. The Bee Eater-1 well is located 9.5 km north west of the 2012 Narina discovery. AP could not move to the second well in this drilling programme with the same rig, because of the repeated failure of the rig’s Blow Out Preventer, which stretched drilling for 20 days more than could have been achieved.

Conoil, the Nigerian independent, successfully tested the first of two hydrocarbon filled reservoirs in its deep well in shallow offshore Nigeria. The company flowed in excess of 2,000BOPD of light oil in one of the two reservoirs in which it conducted Drill Stem Test in Ango 1Stk 3, in Oil Mining Lease(OML) 59. The tested reservoirs are located  between 15,400ft True Vertical Depth and 15,550ft TVD. This probe has opened up a whole new sequence in the southwestern, swampy part of the continent’s most productive basin.

Tullow has three rigs operating across Kenya and Ethiopia, including Weatherford-804  and Sakson PR-5One successfully completed testing Twiga South(2,800BOPD in three levels) as of late February 2013, another  drilled and suspended the Paipai well (both in Kenya)and the third was on the Sabisa well in Ethiopia. Tullow also plans to drill Kongoni structure, Twiga North and Kamba, all in Kenya, as well as Sabisa North and Tutule in Ethiopia. These aresome of the 11 exploration and appraisal wells in the region that Tullow hopes to drill in 2013. The company plans to carry out up to five well tests to de-risk further basins and to understand the potential scale of the South Lokichar discoveries.

The company is expected to test Ngamia 1 later in 2013. Ngamia-1is the basin opening well, drilled in early 2012. It encountered over 100metres of Net Oil Sands.

Ophir Energy plans to upgrade the Mbawa South lead offshore Kenya to a drillable prospect and drill the structure by second quarter 2013.The location is in Block L09 offshore Kenya

Meanwhile, Kenyan authorities insist that Vanoil Energy must commence drilling its first well in the country before July 31, 2013. With sufficient technical justification, the government says, the company  may place its first two wells anywhere within the boundaries of Block 3A and 3B to satisfy the work programme obligations within the Initial Exploration Period of its Production Sharing Contract (PSC).

OphirEnergy is planning to spud one of two wells in East Pande, in Tanzania’s shallow offshore Block 7, before the end of the First Quarter 2013.In the country’s deeper waters, however, the BG led BG/Ophir consortium has proposed two wells (4H and 4J)in Block 4, scheduled for drilling before March 31, 2013. In the second quarter, the partners will return to appraise the structures that have shown so much promise, as discoveries. They will be drilling one appraisal well each on the Chewa, Jodari and the Mzia structures. Jodari-1, drilled in 2012, was reportedly the partners’ largest discovery in Tanzania. With 124 metres of net pay “in two high-quality base Tertiary sandstone reservoirs”, Ophir thinks the well “de-risked Lower Tertiary section, of comparable age to outboard basin floor fan play in Mozambique” and exceeded “pre-drill mean estimate of 2.2 TCF by 55%”.

Tullow Oil’sNet production for 2012 from the East and West Espoir fields in Cote d’Ivoire averaged 3,400 BOEPD as natural field declines continue to be managed. A new drilling campaign of eleven infill wells (seven producers and four injectors) across the field is to start by the end of the first quarter of 2013.

In Angola, Cobalt Energy will drill six wells, some of them to appraise the Cameia-1 discovery. The company is hoping the results would convince government to sanction its plans for early production

Kosmos Energy anticipates spudding the Sipo-1 prospect, which is located onshore Cameroon on the Ndian River Block, in early February. Results from Sipo-1 are anticipated around the end of the first quarter 2013.

Equatorial Guinea-Ophir will pursue its lucky streak off the coast of this small, volcanic island on the Gulf of Guinea with three wells:  Silanius East, Viscale East and Helius East, all in the third quarter of  2013.

Ophir proposes to drill Manga MN1 prospect in its 100% operated Manga block offshore Gabon. There’s also a likelihood that Petrobras will drill the seemingly highly prospective Ntsina Padouck Deep in the Ntsina  Block. Tullow plans a two well exploration drilling campaign in the Kiarsseny Block,  to commence in the middle of 2013. Beyond exploration, the company expects “significant offshore and onshore drilling activity to continue on all fields in 2013, with a programme exceeding 60 infill wells across the Gabon portfolio”.

Statoil plans to drill two wells in Block 5, in the prolific deepwater offshore Mozambique, starting with the Cachalote well which is scheduled to commence drilling in Q2 using the Discoverer Americas rig.

PA Resources plans to drill an appraisal well on the Elyssa Field in Tunisia 2013, and an exploration well elsewhere in country’s offshore Zarat Permit.

Tullow’s drilling campaign in Mauritania, scheduled to commence in the second quarter of 2013, is designed to drill new deeper plays in the offshore Mauritanian basin which have not been tested by previous exploration wells. Three of the four wells are scheduled to be drilled in 2013 using the West Leo rig which has been operating in Ghana for Tullow. The Group believes that there is significant follow-on potential if any of these wells proves to be successful.

Longreach plans to drill its first well on the SidiMoktar permit onshore Essaouira Basin in Central Morocco in first half of 2013. In the same country, Circle Oil plans a six well drilling programme for first half of 2013 in the Sebou and Lalla Mimouna Permits. The campaign is aimed at boosting natural gas reserves on the acreages. Circle projects over 50% increase in gross production from 4.5MMscf/d to between 6.5 and 7.0MMsc/d in First Quarter 2013.

Meanwhile, the least likely drilling project on Kosmos Energy’s 2013 schedule is in Morocco.  The company, says that “first drilling offshore Morocco is targeted to commence as early as late 2013”.

Kosmos’ planned capital programme in the country provides for additional geologic studies, as well as further processing and interpreting of 3D data already acquired on the Agadir Basin Blocks. Included in the 2013 capital programme are funds for the completion of the Company’s acquisition of an additional 37.5 percent interest in the Essaouira Block.

Exxoil plans a two well drilling programme in Tunisia, including one well onshore on the Sedouikech prospect in the RasMarmour permit targeting 20 MMBO STOOIP and one well planned for the offshore Mahdia permit targeting up to 179 MMBO STOOIP. The proposed drilling on the Mahdia permit is the less certain of the two, as the operator only commenced, in mid February 2013, a 300 sq km 3D survey, to delineate the drilling location.

Vegas Oil and Gas’ 2013 work programme in Egypt includes the drilling of 4 further wells (1 producer and 3 injectors) in the first half of the year. The NW Gemsa Concession, containing the Al Amir and Geyad Development Leases, covering an area of over 260 square kilometres, lies about 300 kilometres southeast of Cairo in a partially unexplored area of the Gulf of Suez Basin.