Nigeria has enormous gas resources. The official estimates of the country’s 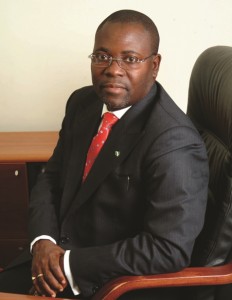 natural gas reserves is in the region of 187 trillion cubic feet (TCF). Despite a history of more than 50 years of oil production, Nigeria is predominantly a gas province.
Almost every successive Nigerian government aspired at one time or the other to legislate a regulation that will optimize the use of the country’s vast gas resources. Quite a good number gas projects have been conceptualized but unfortunately few have been actualized. The bottom line is that decades after the discovery of gas in commercial quantity, Nigeria’s gas sector and gas system remains underdeveloped.
Today’s reality in the international oil and gas market requires Nigeria to wake up and make something of the gas resources or be left behind countries that are more committed to utilizing their gas resources. Ghana’s gas company is expected to begin production this year. If the tension in the Middle East abates (as it may), oil & gas prices will drop!
Gas Aspiration
Several Nigerian government policies have highlighted plans to monetise gas resources. In 2008, the Federal Government developed the Gas Master Plan (GMP) in order to lay a framework for gas infrastructure development and expansion within the domestic market. According to the Nigerian National Petroleum Corporation (NNPC), the GMP is a guide for the commercial exploitation and management of Nigeria’s gas sector which seeks to grow the Nigerian economy with gas. The GMP has three key strategies, namely to stimulate the multiplier effect of gas in the domestic economy, position Nigeria competitively in high value export markets and guarantee the long term energy security of Nigeria.
In response to government policy, a number of ambitious gas projects were initiated by both government and the private sector. Some of the most popular gas projects and initiatives include;
a) Liquefied Natural Gas (LNG) Projects

d) Gas To Power Projects Around The Country

Liquefied Natural Gas
Despite initial momentum on LNG projects, Nigeria remains far behind. Production started from trains 1 and 2 at the Nigerian Liquefied Natural Gas Limited in 1999. By 2007, NLNG added four more trains. Although the seventh train has been planned, six years later, it hasn’t been sanctioned.
Apart from NLNG, other planned LNG projects include Brass LNG and Olokola LNG (OKLNG). Final investment Decision (FID) on Brass LNG was planned for 2006; it was later rescheduled for 2008; then 2010. The FID was never realised on any of those dates; nor has it been now. The same applies to OKLNG. The shareholders of OKLNG signed a memorandum of understanding (MoU) in 2006; FID was billed for 2007 while production was scheduled to begin in 2009.
The originally proposed dates for streaming these projects have long expired; yet final investment decision (FID) has not been taken on any of the projects. In all these years, not much has been accomplished on Brass LNG and OKLNG.

According to the international Gas Union, Qatar, the world’s largest LNG exporter produced 77 metric tonnes per annum in 2011, about 31 per cent of global supply. Meanwhile new LNG frontiers have emerged in Eastern Africa such the Anadarko’s LNG project in Mozambique and the onshore LNG project by BG in Tanzania.

The United States, a former net importer of LNG is now turning away cargoes while increasingly relying on unconventional domestic gas, such as shale gas, to meet its energy need. In addition, the United States plans to become a net exporter of gas in less than a decade, effectively shrinking the global gas market.

The chokehold in the world LNG market and the emergence of new supplier nations will ultimately make Nigeria’s position increasingly vulnerable if the country’s LNG projects are allowed to continue to suffer. If FIDs on existing LNG projects in Nigeria are not taken now, the global LNG market will become increasing tougher for the country and more so in the coming years.

In January 2002, the Nigerian and Algerian governments, through their respective national oil companies signed a memorandum of understanding (MoU) to build a Trans-Saharan gas pipeline running from Nigeria to Algeria to make Nigerian gas available to European market.

Since the signing of the MoU eleven years ago, not much has happened on the project except the feasibility study and intergovernmental agreement between the governments. As a result of the decade-long inactivity, it does appear that the project may have been abandoned.

Dr Ghaji Bello, Acting Director of Nigeria’s Infrastructure Concession Regulatory Commission (ICRC) said in Abuja in January that the Federal Government of Nigeria has earmarked $400 million for the project in the 2013 budget. Industry analysts received the news with scepticism in view of apparent non-commitment to the project.

Over the years, this project has failed to deliver the anticipated volume of gas due to a plethora of reasons – policy, politics, infrastructure, funding, security, etc.

Central to the operation of WAGPCo is the availability of gas. With vandalism and associated shut-ins, gas supply is never guaranteed.
As a result unavailability of gas, an average of 134mmscf is often piped in the 475mmscf capacity pipeline, thus making the $1billion facility to be sub-optimally utilised.

Ironically, it is in the smaller gas projects operated by small Nigeria independents that real success has been observed. Consider the Ovade-Ogharefe gas processing facility, the largest carbon emission reduction project in sub Saharan Africa. The first phase of Pan Ocean’s gas utilization project which was streamed in 2010 has capacity to process 130 million standard cubic feet of gas per day. Pan Ocean is expected to stream the second phase of its Ovade-Ogharefe gas project before the end of 2013.

East Horizon Gas Company (EHGC), a subsidiary of Oando Plc, is a special purpose vehicle set up to Develop, Finance, Construct and Operate a gas transmission pipeline linking the Calabar Cluster of Industries to the Nigerian Gas Company (NGC) grid in Akwa Ibom state. The company is embarking on a $125m project which involves the construction of an 18inch by128 kilometre (km) gas pipeline through forest, swamps and built up areas. The project has a total capacity of 100million standard cubic feet of gas per day (mmscfd).
Oando Gas and Power Limited has developed a robust natural gas distribution network. The company has built extensive pipeline network to distribute natural gas to industrial and commercial consumers and has successfully revived private sector participation in the gas distribution business in Nigeria. Oando has over 100km of pipes already laid in Lagos State and another 128 km in progress in Akwa Ibom and Cross River States.

If more players will be as committed as these not-so-big players, the collective contribution will add to big gains in the drive to grow the gas sector and optimize Nigeria’s gas resources.

The time left for Nigeria to make something tangible from her gas resources is running out. As we end the first quarter of 2013, policy makers and oil and gas industry operators have another opportunity to think long and hard and make the committed decision of making the Nigerian gas a key contributor to national economic life.

The largest obligation rests with the government. A robust and thriving gas sector would require good legal framework that will clearly specify the rules of engagement. The law will necessarily provide good fiscal terms that will encourage investment in the gas sector. The gas sector will only thrive under an effective regulatory structure. These are the necessary conditions that can ensure private sector commitment in the gas sector. It is the government that can provide them.

« The Return of Oil Industry Kidnappers
NDDC: The Necessity of a Rebirth »