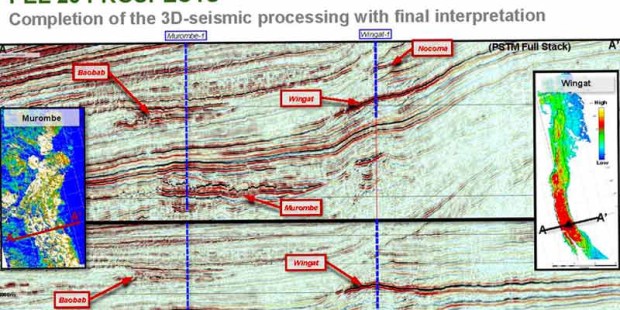 Brazillian minnow, HRT, is looking forward to a two to three well drilling campaign that may, with some luck, turn out to herald another phase of the rush to Namibia.

Around this time last year (February to April 2012), there was heady talk of “a rush to Namibia”, as operator after operator snapped up one or two more hydrocarbon acreages in the country. Things calmed down after Chariot Oi&Gas drilled the much hyped Tapir South well, in block 1811A and it turned out dry. Tapir South is located in the Namibe Basin, offshore North western part of  Namibia.

No operator has drilled any well in Namibia since then. But there have been over five new licences awarded to (or farmed into by) new entrants, including French operator Maurel et Prom and the British major BP, since Tapir South was spud. These companies are  evaluating the resources in the vast, largely unexplored  shallow water and deepwater tracts off the largest country in southwest Africa.

HRT will be drilling in the Walvis Basin, several hundred kilometres southwards of Tapir South. The company contracted the semi submersible rig Transocean Marianas for a 280 day term from January 2013. The rig will commence drilling operations on the Wingat Prospect, in the Petroleum Exploration License 23 (PEL-23), by March 2013. Wingat is located in 1,000 meters  of water and drilling operations are expected to last approximately 60 days. Wingat does not, at a glance,  necessarily come across as the best looking of the “four prospects that company has mapped and evaluated”, in the Petroleum Exploration Licences(PELs) 23 and 24.

The company reports extension of exploration phase agreement, with Namibian authorities, for 10 blocks till 2015,” without area relinquishment”. It also talks of  conclusion of over 10,000sq km of 3D seismic acquisition, processing and G&G mapping as well as evaluation of seven prospects with 28 Billion BOEs P10:

HRT’s drilling campaign is however mostly focused, for now on PEL 23, where it has over 5,000sq km 3D data acquired.