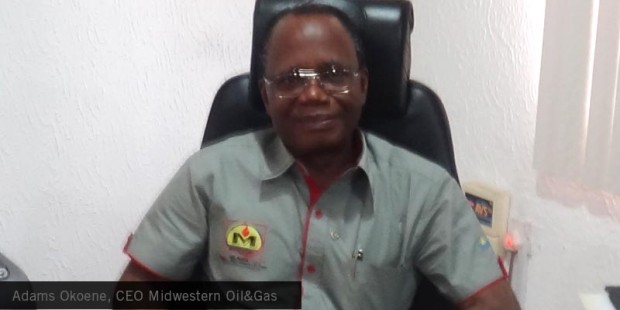 Midwestern Oil&Gas, the Nigerian independent, has moved forward the commissioning date  for  a new, 12-inch, crude oil evacuation pipeline from its Umusadege Field in Western Niger Delta. The last scheduled completion date was September 2013. Now the company would rather not talk of a date.

Community challenges have held up the project, which originally was planned to be completed in June 2013. “Each of the 33 communities along the 53 kilometres is demanding settlement”,  say  authoritative sources at the Department of Petroleum Resources, the industry regulator. “It has pushed the cost up from $35MM to $65MM, and we’re not sure if that will be the final”. The line will transport the 13,000Barrels Of Oil Per Day produced in the field to Shell’s Eriemu manifold.

Midwestern took the decision to find an alternative to its current crude oil evacuation route in early 2012. The company, the largest Marginal field producer in Nigeria, currently delivers its crude via the Platform Petroleum operated 48km pipeline to Agip’s facility in Kwale, but there’s been “lack of comfort” in that process, according to Adams Okoene, Midwestern’s CEO. “We have about 5- 6,000BOPD locked in, that we can’t evacuate, because of the restriction”. The fluid will be taken from Shell’s Eriemu manifold into the trunkline to Shell’s Forcados facility. It will be the primary pipeline for Midwestern and Energia and alternative pipeline for Pillar Oil and Platform Petroleum. Energia, Platform and Pillar are three other Nigerian independents who operate marginal fields in the vicinity.