The last European to be Chief Executive Officer of Shell Nigeria has taken over the reins of BG’s entire portfolio worldwide.

Chris Finlayson, who handed over to Basil Omiyi, the company’s first Nigerian managing director in 2002, left the Anglo Dutch major two and half years ago and moved on up in the world. He took over the helm of BG group on January 1, 2013. Prior to that elevation, Finlayson was Executive Director and Managing Director BG Advance.

A BG press release says that Finlayson has over 35 years experience in the oil and gas industry. He joined BG 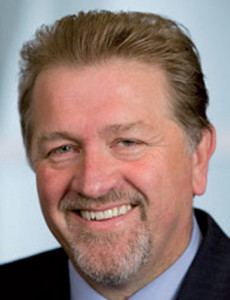 Group from Royal Dutch Shell plc (Shell) in August 2010 and was appointed to the Board on 15 November 2011.

During his time at Shell, Chris was a member of the Exploration and Production (E&P) leadership team. He held a number of senior leadership positions in E&P and LNG in Russia, Nigeria, Brunei and the North Sea. In Nigeria in particular, he had terms of service twice, first in the early to mid 90s as Petroleum Engineering Manager and second as Managing Director during the early 2000s, when the development of Bonga, the country’s flagship deepwater oil field, was in full steam. “As Managing Director, Shell Petroleum Development Company of Nigeria, Chris led Nigeria’s largest and most complex oil and gas joint venture, managing production of some one million barrels of oil equivalent per day. He was also Shell’s Director of Nigeria LNG Ltd, the second largest LNG plant in the world at the time”, BG said in a statement.

“He has an outstanding track record of delivering large scale projects, optimisation of production and operational performance, and has worked successfully with joint venture partners, national oil companies, and governments at the highest levels”, the statement added.

“As Executive Vice President Shell EP Russia, Chris was assigned to manage the cost and schedule issues at Sakhalin 2, Shell’s largest integrated oil and gas LNG project at the time, and improve relations with the Russian government and Gazprom. Alongside responsibility for delivering the project, Chris also managed Gazprom’s entry into the project as a joint venture partner. He was asked to remain Chairman of Sakhalin Energy Investment Company, when Gazprom became the majority shareholder.

Finlayson was quite popular in the Nigerian oil industry. At a Shell sponsored session of the 2003 Commonwealth Business Forum, held at the Banquet Hall of The Sheraton in Abuja, the publicist Yomi Badejo-Okusanya, who emceed the occasion, routinely called him “Warri Boy”, a reference to Warri, a Nigerian oil town where Shell has extensive operational and residential facility.

« Tullow Darkens Its Faces In East Africa
What’s So Hot About Shell People? »