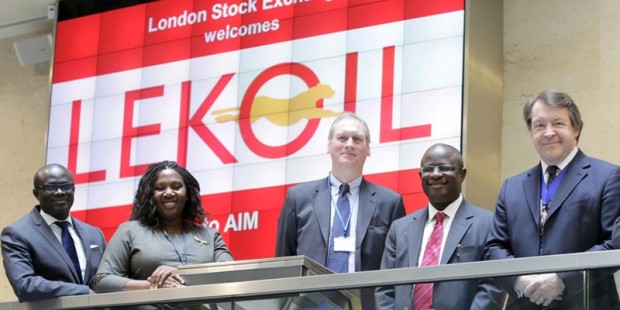 Nigerian minnow, Lekoil inched closer to having a prized hydrocarbon asset last week with its farm in agreement with Afren PLC to acquire an overall 30% economic interest, including a 17.14%  participating interest, in OPL 310, located offshore Lagos, Nigeria,  in the Benin Basin. The acreage is squarely in the West African Transform Margin, where the promising cretaceous plays offshore  Ghana, Cote D’Ivoire, Liberia and Sierra Leone reside.

The company also raised $48.6 million from investors on May 17, 2013, as part of its listing on London’s Alternative Investment Market(AIM).  It has a market capitalisation of $112.1 million at admission, according to a release by the London Stock Exchange which describes the event as “the largest capital raising on AIM this year”, citing the company as “the latest Nigerian firm to float in London following recent admissions by Zenith Bank and Eland Oil & Gas”.

Lekoil, founded in 2010, has struggled to get in through the door to huge Nigerian opportunities, failing spectacularly in bids thrown up by the Shell and Conoco Phillips divestment programmes. The company’s other hydrocarbon properties are Namibian acreages-Blocks 2514 A and B -located far away from what’s considered the major prospective zones on the continent. Lekoil says it plans to acquire two dimensional in these Namibian assets, in 2014, “as a first step towards defining drillable exploration prospects”.

Meanwhile, drilling is going ahead in OPL 310, where Afren spud Ogo-1, the first exploratory well on the lease, in early May 2013.  The licence to OPL 310 is held by another Nigerian minnow, Optimum Petroleum, which has 60% equity on the lease. Ogo-1 was drilling at 1067metres Measured Depth as of May 17, 2013. The rig is Transocean owned G.SMonitor. Planned Total Depth is 3,536 metres. The site is 24km from the Lagos coastline. The Ogo-1 location is considered very prospective  by our sources, who are some of Nigeria’s leading geoscientists.

« East Africa On Sale
How NNPC Shot Down The Revolution »