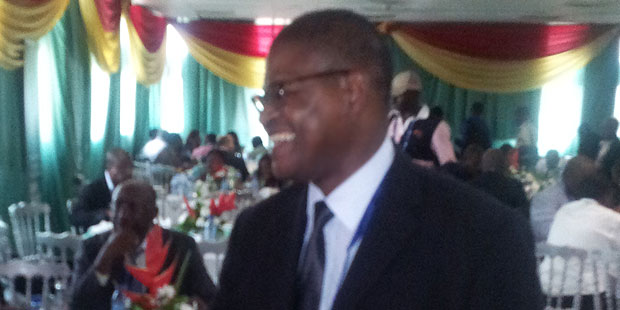 Gbolahan Sobande is caught up in General Electric’s ambitious growth plan for Africa. America’ largest industrial group has focused more on emerging markets in the past few years and has claimed ‘localisation’ as one of its key priorities. Sobande, who retired in 2009 as General Manager Finance  JV & PSC Liaison at Shell Nigeria, is one of the several select heads working for localizing the GE workforce on the continent. “GE head hunted me via an executive of the Nigerian National Petroleum Corporation (NNPC), says Sobande, a trained mechanical engineer. “When I found that my objectives in retirement (training and support for Nigerian content development) could also be met via GE, without jeopardising the work we were doing under GSO&G/AVODAN, I decided to join them.

Sobande set up GSO&G Nigeria Ltd and in collaboration with Victor Dania, and under his company, AVODAN Nig Ltd, “ we provided:

1)      training in Advanced Project Management; trained up to 109 NNPC officials between 2010 and the time I left to join GE;

2)      training in Facilities Engineering: trained up to 20 DPR officials and 15 in general industry over the same period, also collaborating with (training consultant)Lonadek;

He says that “GE have since announced a $1b investment over 5 years to support growth in  Nigeria, including training of Nigerians, doubling of Nigerian staff strength, and indirectly the creation of more than 2,000 jobs in the supply chain.
“Two things I stressed during my interview were my belief in Nigerian Content and business principles compliance. Since joining GE, I have found sufficient commitment to both”, he says.

GE  has approximately $3 billion in orders and revenue with over 50% growth year on year across Africa, of which about $2 billion comes from oil and gas operations in Nigeria, Angola and countries on the East African coast that have had gas finds recently, like Mozambique.