An African Giant Pumps Up The American Economy 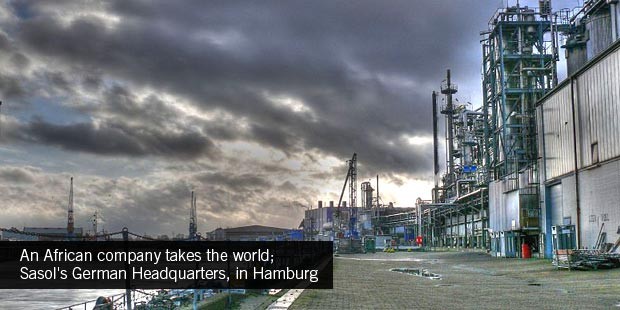 As a rule, Foreign Direct Investments(FDIs),  flow from the rich west to the jungles of Africa. One case that proves the exception is Sasol’s proposed investment in America’s plastics and chemicals industry.

The South African born synfuels manufacturer and the world’s largest producer of motor fuel from coal, says it will profit from the investment in two new plants, based in Louisiana, the United States Of America. “The proposed investment is estimated to be between $16 and $21 billion, making it the largest foreign investment in the State of Louisiana’s history”, Sasol says in a statement.

It’s a supreme irony. The founding of the Suid-Afrikaanse Steenkool, Olie en Gaskorporasie (SASOL), was a project of the South African apartheid government, to produce liquid fuel from coal through a synthetic chemical process in the 1950s, in order to survive oil boycotts and secure the country’s fuel autonomy.

Now, America, the sole global superpower currently struggling with a four year downturn in its economic fortunes, is having a lift from a company formed in the world’s poorest continent.

But it has been a two way street. Would Sasol have been where it is if it hadn’t listed on the New York Stock Exchange?

In April 2013, Sasol, whose major shareholders include South African Government Employees Pension Fund and the Industrial Development Corporation of South Africa Limited (IDC), celebrated its 10 year anniversary of its listing on the world’s largest bourse. Sasol’s shares trade in the form of American Depositary Receipts (ADRs) and listed at $10.73 per share. One Sasol ADR is the equivalent to one Sasol ordinary share traded on the Johannesburg Stock Exchange (JSE). The NYSE listing has made it possible for Sasol access the U.S. capital market, while growing its profile in this investment community as a compelling investment proposition.

What Freedom Can Do: The dismantling of apartheid in 1994 opened up the world to large South African companies, all of them run by white South Africans who benefited from apartheid, including Sasol, Biliton and South African Breweries(SAB). Primarily listed on the Johannesburg Stock Exchange(JSE), these companies went ahead to carry out secondary listings in such global exchanges as New York, London and Australia. SAB merged with American Miller Breweries and became the world’s second largest brewing company measured by revenues. Biliton merged with Broken Hill Proprietary (BHP) and became BHPBiliton,  one of the world’s largest resource firms. On April 5th 2013 SABMiller agreed to be bought by the American company The Altria Group.

Sasol never merged and as it grew bigger in the world, it has contributed as much to infrastructure development in its continent of origin as it has deepened its own pockets abroad. Sasol commissioned the first trans-border gas pipeline in sub-Saharan Africa in 2004; the 865km Mozambique-South African gas pipeline transports 311Million cubic feet of gas from the Temane gas field in Mozambique to Secunda in South Africa.

Apart from converting the gas to synfuels for its own customers, Sasol has built a 140MW gas fired plant in South Africa, utilizing the Mozambican gas, to power its own operations. The company is involved in constructing another gas fired plant capable of delivering another 140MW, to end users in both Mozambique and South Africa. Sasol’s global operations include gas to liquid projects in Qatar, in Uzbekistan and production of solvents high purity alumina, surfactants and surfactant intermediates in Germany. The company has acquired shale gas assets in Canada.

The Louisiana project is currently in the front-end engineering and design phase, for an integrated gas-to-liquids project and a world-scale ethane cracker.

The ethane cracker, scheduled for commissioning in 2017, will expand Sasol’s production of ingredients for low-density and linear low-density polyethylene, as well as chemicals such as monoethylene glycol, used in antifreeze and polyester, according to David Constable, the company’s CEO. The other plant will convert natural gas into diesel and chemicals beginning in 2018.

« At last, Tullow Gets What It Wants
A Looming Downstream Boom, Not In Refining »