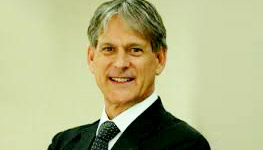 Dana Gas is claiming a record 2013 output in Egypt, with peak production of 39,000 BOEPD, an increase of 13% over 2012. The hydrocarbon production consists of 190 MMscf/d of gas and 8,500 barrels of liquids per day. The UAE based independent says the ongoing turmoil in the country has not affected its operations and production and its total investments in Egypt exceeds US$1.8 billion.
The company says the challenges of receiving payment for gas it sells to government are being addressed. It says it is having ongoing discussions with regulatory authorities to improve receivables, increase capital expenditure and enhance production. During Q1 2013, Dana Gas collected US$41 million which is “a 100% revenue collection”. The Company “has made substantial capital expenditure investments to its Nile Delta operations over the last 18 months”, Dana Gas says in the release. “These include new compression facilities, new fields being brought on stream and work to increase its numerous gas plants throughput. The average output year-to-date has been 34,000 BOEPD”.

Dana Gas announced the Begonia-1 discovery on 30 June and has submitted a proposed Development Plan to the Egyptian authorities as part of a Development Lease application. The submission remains on track and following approvals, gas from the Begonia-1 will be tied into the existing gas gathering and production system.