Namibia Is Oh So Disappointing 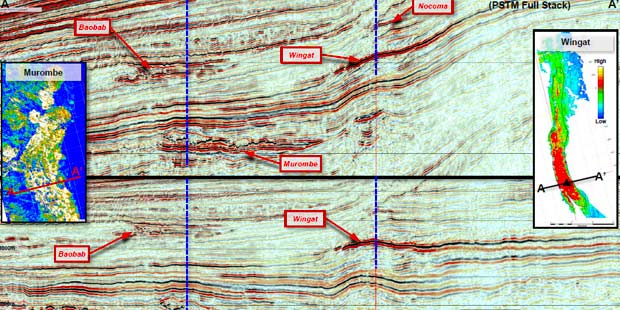 Namibia has experienced four dry holes out of four wells drilled in the country in the last 18 months. The wells were drilled in two distinct, “promising” basins.

The Brazilian Independent, HRT, in late July 2013, plugged and abandoned its second unsuccessful well in the space of three months. Wingat-1 and Murombe-1 were drilled in Petroleum Exploration Licence (PEL) 23, in water depths exceeding 1,400metres in the Walvis basin.

Before HRT, Chariot Oil & Gas- which is listed in the alternative market in London- had reported, in March 2012, that the Tapir South well, in block 1811A in the Namibe basin, had turned out dry. The company reported a second dry well, Kabeljou, in the same basin in September 2012.

The dry holes have trashed the market values of these companies. Chariot’s shares fell 65%, down 64 British pence to 32.25 pence on news of the second dry hole. As of July 27, 2013, the price had plunged further to 18 pence. The company has not drilled the third well planned for mid-2013.

HRT’s stock has gone from a high of 46 Brazilian reals to less than 2(See the stock chart). But the Brazilian minnow has said it was going ahead to drill the third well.  Namibia’s energy bureaucrats have downplayed the negative aura around the string of dry holes. Namibian Petroleum Commissioner, Immanuel Mulunga, hailed the lackluster result of Wingat-1 as the “beginning of good things” for the country.

The news of the fourth dry hole comes at a time the Namibian authorities have made the boldest step towards monetizing the only proven hydrocarbon pool in the country. Namibia Power Corp. (Nampower), the country’s state-owned utility, has whittled down the list of bidders hoping to build the long proposed gas-fired electricity plant on the Kudu gas field from 46 to 15. 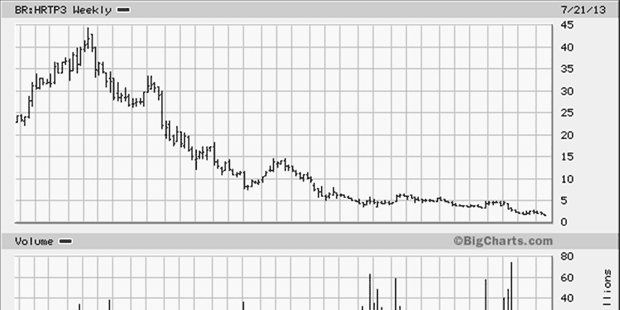 « El Kuran Will Spud, Will It Not?
Congo Will Feed Eni In The Near Term »