The Mogul Hauls In The Cash 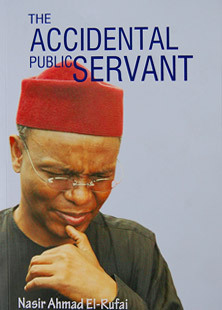 Not all manoeuvres in BPE’s universe were as covert as the vice- president’s alleged stake in Sadiq Petroleum. When the time came to put National Oil (Nolchem) on the auction block, the attempted bid rigging and kickback schemes could not have been more open.

National Oil was the former Shell Nigeria downstream business in which the government had bought a majority stake though Shell remained technically a partner and shareholder. The first bidding round yielded no actionable prices from our perspective. We cancelled the auction, waited a few months and re-launched the bidding. I do not know what’s so difficult to understand about the concept of an auction, but this time around we had a group of potential buyers who were under the impression that ‘highest price wins’ does not necessarily have to mean that the highest price actually wins.

Engen of South Africa, which was the former Mobil South Africa, pre-qualified, as had Mike Adenuga of Consolidated Oil and another friend of Atiku’s, Chief Igweh, the owner of Bolingo Hotels in Abuja. Shell and a consortium led by Mr Kola Abiola also submitted bids. When we opened the bids and were writing the evaluation report, President Obasanjo sent for me. He asked what was going on with National Oil, because Shell’s management had come to him complaining that they wanted to buy it back, but we had frustrated them. From Engen’s corner, South African President Thabo Mbeki had also called President Obasanjo and said Engen’s bid was being unfavourably considered.

“Mr President, Sir. Let me explain what is going on.” I said. “This is what Shell wanted to buy the company for and we think it is worth more than that, it is even below our reserve price, which is why we cancelled the bid in the first place. I cannot recall the exact numbers but think Engen was bidding something like 28 naira per share, Bolingo was bidding 34 naira per share and Mike Adenuga was bidding something like 36 naira per share and that was the highest price. This is the deal we’re being offered. We are recommending the highest price for acceptance because all the bidders have submitted sound business plans and so are technically qualified.”

The president waited a moment to see if I had anything else to say, which I did not. “Ok,” he said finally. “This is what is on the surface. Now tell me what is behind the scenes. Who is behind which company?”

Obasanjo always wanted to know what was happening behind the scenes – he never entirely believed what was on the table was all there was. I think this was when I had begun to know him a bit better and he also had begun to trust me a bit more. My sense was that he began to realise I was open with every piece of information I had. I did not hide anything because I did not care who won the bid, I just wanted to sell the companies I thought were draining the economy and move on.

“Has the vice-president spoken to you in favour of any particular company?”

“Yes, he did. He told me that both former President Ibrahim Babangida and Oba Sikiru Adetona, the Awujale of Ijebuland, had asked him to intervene in favour of Mike Adenuga, for Consolidated Oil/ConPetro. I had told the vice-president that no one could do anything to influence the outcome, so just to tell Adenuga to submit the highest price that he could pay. There was no other way to cut corners. ConPetro did submit the highest price and we therefore intend to recommend that the company be sold to him.”

Obasanjo appeared satisfied with my explanations.

That is what happened. Everything was all properly done, bids were publicly opened, and the highest bid price won. We signed and sealed the agreement and payments were made. The six-month transitional period embedded in the share sale agreement during which sudden board and management changes needed prior BPE approval began. That should have been the end, right?

Wrong. Mike Adenuga had no intention of complying with the transitional provisions regarding board reconstitutions and job security during the period to enable a proper governance audit. He stormed the company’s head office with a detachment of armed mobile policemen like a cowboy, and asked the managing director, Mr Ojo, to vacate office immediately and leave the building, and also demanded that respected former Head of State, General Yakubu Gowon, should step down as chairman of the board without the prior knowledge and approval of the NCP. I was away from Nigeria on assignment and was livid on being briefed of these violations of the sale agreement. I therefore directed that the share certificates conclusively evidencing the sale should not be handed over by the BPE to ConPetro, until the Director of Legal Services reviewed the agreement, recommended options for us and appropriate sanctions. That was when the games started!

First, Mike Adenuga sent one of his senior people with an envelope containing cash to Tijjani Abdullahi as his ‘thank you’ and demanded for the share certificates. Tijjani declined both the offer and the request. Then a couple of days before my return to Nigeria, the vice president called Tijjani, over-rode my directives, and instructed him to hand over the share certificates to Mike Adenuga without further delay. Thirdly, a day after I returned to the office, a BPE deputy director, Charles Osuji came to me to say he had a message from Mike Adenuga – a person I was quite upset with at that point. I was a little surprised because Charles was not working on the NOLCHEM transaction, but on the privatisation of Nigeria Airways. The message he carried was a Zenith Bank account statement with twenty five million naira, then the equivalent of about US$250,000 in an account in some name I did not know.

“Well, Mike Adenuga gave this to me to give to you as a ‘thank you gift’ for selling the company to him, so I opened an account to receive the money.” he said.

“I did not sell the company to him,” I replied. “The federal government sold the company to him and everything was done properly until his violations of the share sale agreement. We all did our job, and that was nothing special. We do not need anything from him. We are reviewing the agreement to decide on the next steps.” I looked at the bank statement. “Whose name is this?”

“Well I went and opened an account in this bank with a fictitious name. It is to show you that I will transfer the money anywhere you want.”

“No, I do not want anything.” I said. “Charles, you are a nice guy, a good staff, do not get involved in this kind of thing. I will consider this as a first serious infraction and not report to the council, so just go back to Mike, give him his money back, tell him I do not want it, I do not work like that. And advise him not to test our will by violating the share sale agreement again.”

So Charles left. A few days later, he was back.

“Mike said in addition to the money in the account, he wants you to have an additional one hundred thousand dollars in cash.

He thought the amount will now be adequate.” Charles said.

Furthermore, Mike had apparently given him the $100,000 in cash, and it was sitting right outside in his car parked downstairs.

I was supposed to go with him and collect it.

“Charles, you are not listening. Did not you understand what I said to you? Take back the money. If you do not take back the money, I will have to report this first to the privatisation council and you will be fired. You will lose your job, and possibly, be prosecuted as well.”

“You can’t do that to me, Sir. I am trying to help you. You have nothing. Since you came here, what have you got?”

I shook my head.

“I do not need anything. Did you think I came here because I needed something? I am here voluntarily to work, not to collect bribes. Who appointed you the custodian of my interests? Did I ask you to do this?”

“No, but it is my duty as your staff to look after your interests because you are being foolish.”

I may be naive, but till today, I believe that Charles believed he was doing the right thing, and probably thought he meant well for me.

“Look, thank you very much, take back the $100,000 and give him back his 25 million naira and bring me zero balance in this account you have showed me so that I know he has got his money back.”

“Ok sir, but Sir, you are making a mistake. Nigeria is not worth suffering for.”

“Just do it and come back quickly.”

The next day Charles came back.

“Mike said he will not take the money back and that I should tell you that the vice-president, Atiku Abubakar, was consulted before offering you this gift.”

As chair of the privatisation council, the vice-president was my boss.

“Tell him I still do not want his money. Bring me the zero balance tomorrow.”

I then went to the vice-president’s office and told him the story. At the end, I said,

“Now, I have just been told today – I was going to report this to you if he did not do what I said. I am keeping it under wraps because I think I can handle it. So I am giving him a chance to just get out of this and we will retain his services, which is why I have not yet reported it formally to you and the council. I have just been told that Mike Adenuga had your prior consent to offer this money. Is this what you are doing? Your administration is verbally fighting corruption and encouraging this kind of offers?”

The vice-president appeared shocked. “Nasir, he is lying. It is not true.”

“Well, Mike sent Osuji to tell me that you knew about the cash offer.”

So he picked up his land-line phone and said, “Get me Mike Adenuga.” On getting a connection, he put Mike on speaker phone.

“Mike, how are you? Did we ever discuss Nasir El-Rufai with you?”

“And what did I tell you?” asked the vice-president.

“Sir, you told me he is a straightforward person and that I should not try to give him any money or try to thank him in any way.”

“So why did you send him money even though I told you not to?”

The vice-president hung up the phone, turned to me and asked, “Now do you believe that I told him to do it?”

“Well, Charles must be fired immediately. You should bring a memo immediately to approve his disengagement.”

Charles was a deputy director, so I could not fire him; I had to bring a request showing cause to the council to authorise his firing. The vice-president said, “Bring it, I will approve as chairman of the council and the council in full session will ratify it at the next plenary session. He has got to go, this conduct is not acceptable in a privatisation agency.” As instructed, Mrs Modupe AbiodunWright took all the steps leading to drafting the memo for VP’s approval and Osuji’s appointment was terminated.

« A Mercenary in The Niger Delta
NDDC: The Necessity of a Rebirth »