AP Is Desperate To Farm Down In Liberia, Cote d’Ivoire 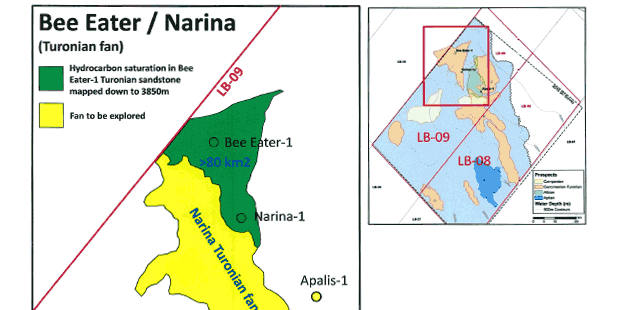 African Petroleum, the Australian junior whose Liberian discovery may turn out to be the most significant discovery in the West African Transform margin in the last three years, is keen on getting ahead with appraisal, possible field development and monetization of the asset.

But the company is cash strapped.  After carrying the entire cost of drilling three wells in deepwater Liberia (Block LB-09), AP is desperate for a financing partner to share costs of the appraisal and development. The company’s exploration funds are also spread thin over other acreages in Cote d’Ivoire, Senegal, Gambia and Sierra Leone.

AP had approximately $12.4 million cash at bank at 30 June 2013, with $22.5 million restricted cash at 30 June 2013, “being security deposits that will be released upon the achievement of certain drilling milestones in Côte d’Ivoire”, the company says in its second quarterly report for 2013.

AP made the first commercial discovery by any company offshore Liberia in February 2012.  Narina-1 encountered 21 metres of net oil pay in the Turonian (38 degree API) and 11 metres of net oil pay in the Albian (44 degree API) with no oil water contacts. In mid-2012, the company said it signed a Memorandum of Understanding with PetroChina in which the Chinese behemoth was given until August 31, 2012, to agree an investment in up to 20 percent of Block LB-09 in Liberia and up to 20 percent in one or more exploration blocks in The Gambia, Cote d’Ivoire, Liberia, Senegal and Sierra Leone. The deal, clearly didn’t pan out.

In February 2013, AP announced another discovery at Bee Eater-1. Oil bearing Turonian sandstone was found, but the company admits that reservoir permeabilities over the hydrocarbon bearing section of the well were lower than anticipated, “possibly due to the well position within a feeder ‘by-pass’ zone”. Bee Eater-1 was additionally designed to target the potential of two deeper prospective zones in the Cenomanian and Albian. Oil bearing sandstone was encountered in both zones, and no oil water contacts or water bearing sands were found.

In its latest report, AP said it “initiated a farm-out process in February 2013 after discussions with targeted companies that had expressed an interest in the Company’s portfolio”. The company claims that” significant progress on prospect maturation has been made” and it is hopeful that it will be able to farm down part of its high equity positions during the remainder of 2013.

“A large number of companies have visited the Company’s data room and discussions are on-going with those actively evaluating the portfolio”, AP remarks.