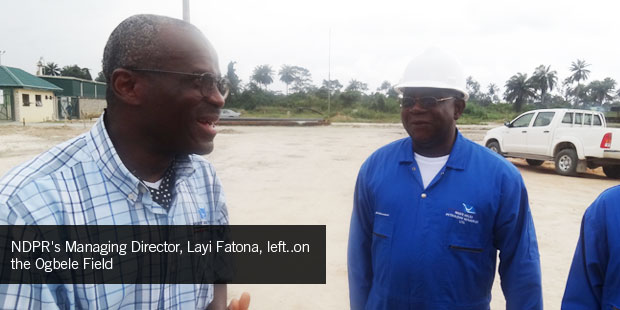 NDPR in Bed With SAPETRO for prized acreages
By Fred Akanni

Tuesday, July 29, 2013, was the deadline for the indicative offers for Chevron’s 40% stakes in three Eastern Nigeria assets.

Of the 20 odd companies invited to bid for Oil Mining Leases(OMLs) 52, 53 and 55, all onshore Niger Delta,  Seplat, the continent’s largest indigenous oil producer and First Hydrocarbon Nigeria, the local subsidiary of London listed Afren, and NDPR (Niger Delta Petroleum Resources), are looking good to clinch the acreages. The indicative offer is meant to determine how technically and financially sound the bidders are, but does not entirely define who wins the bid, in the opinion of impeccable sources at the Department of Petroleum Resources, the country’s regulatory agency.

Seplat and FHN look good because, apart from the technical knowhow, they have readier access to cash than other companies. Seplat has net oil production of 22,000BOPD in three acreages. FHN has far less than this in terms of production, but it can bank on its 55% ownership by Afren. One company with a good cash flow that is not on the list is Midwestern Oil and Gas, the largest Nigerian producer of a marginal field( Umusadege, 14,000BOPD). “We have not been approached by Chevron and it is rather surprising”, says Adams Okoene, Midwestern’s Managing Director.

NDPR would ordinarily have had a tough time raising money for the assets, even though it is the operator of Ogbele marginal field and the key partner in the Niger Delta Western, which holds 45% in the Oil Mining Lease(OML 34), the gas prone acreage which is the major supplier of domestic gas to the Nigerian market. But NDPR has a working relationship with cash flush South Atlantic Petroleum(SAPETRO), whose portfolio include over 10% in the 175,000BOPD Akpo field, in the deepwater offshore South Eastern Niger Delta.

Also on the invitees list are Oryx, owned by the Swiss investor Jean Claude Gandur, Lekoil, Frontier Oil and several others.

The indicative offer marks the beginning of the series of events culminating in the emergence of a winner by the end of September 2013.