Tanzania Is Desperate To Be Mozambique 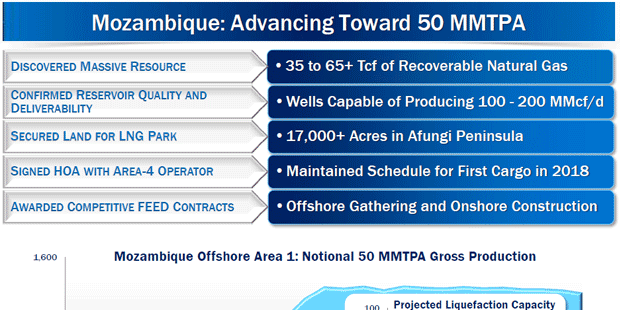 Tanzania is claiming it would hold 200 trillion cubic feet (Tcf) of natural gas resources after 2015. It is the latest in the government’s routine public statements touting a likely increase in its hydrocarbon reserves.

Tanzania does this chest beating about its gas upsides fairly regularly. It is a tendency unusual among African governments, especially those in who are just joining the old club of hydrocarbon resource rich countries on the continent.

Ever since Tanzania found itself trailing Mozambique, its south eastern neighbour, in hydrocarbon discoveries, it has chosen the media to boast about its potentials.

Tanzania has fancied being in Mozambique’s position, as the latter shot far ahead in the race at the beginning of their  deepwater campaigns in 2010.

Months after Anadarko screamed about its discoveries of gas in the Rovuma Basin off Mozambique, (Windjammer, Baquentine and Lagosta encountering, at least 125 metres net gas sands each), the BG/Ophir consortium drilled and encountered gas in its two wells in deepwater Tanzania, in the same Indian Ocean waters, but chose to be silent about the findings.

It was soon clear that the Tanzanian tanks were not as large as the Mozambican pools.

Last April, the United States Energy Information Administration(EIA) reported that Tanzania held more than 20 Tcf of recoverable gas resources in Blocks 1-4, citing the operating companies, PFC Energy (consultants), as well as Oil&Gas Journal. In the same report, EIA noted that Mozambique had discoveries of 32-65 Tcf of recoverable gas resources in Area 1  (Anadarko) and 75Tcf gas in places in Area 4 (Eni).
BG and Ophir, the leading operators in Tanzania have said they planned to drill wells “of comparable age to outboard basin floor fan play in Mozambique”