A Looming Downstream Boom, Not In Refining 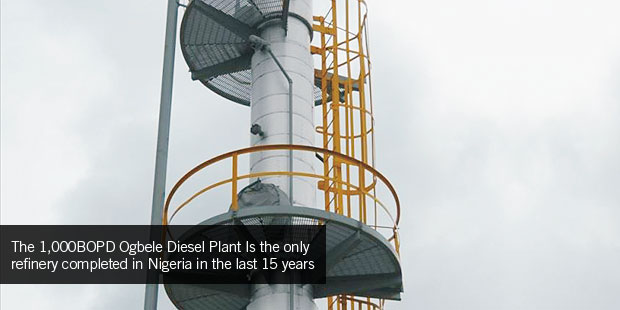 Assembling the political will and investment resources to build a refinery in Africa is a daunting task
By Neil Fleming, courtesy of the Oxford Institute for Energy Studies

Led by booming economies like that of Côte d’Ivoire, Mozambique and Ethio­pia, sub-Saharan Africa’s oil demand is set to jump by 50 percent in the next decade, outstripping growth in the rest of the world by a factor of around four to one.

That’s the forecast from downstream African consulting specialists CITAC, who predict African oil demand will hit 5.1 MMBOPD in 2023, up from 3.4MMBOPD in 2012. By 2020, demand is set to be some 4.5 MMBOPD, with West and Central African demand growing the fastest (44 percent), and North Africa likely to grow by 26 percent.

But while such demand growth signals perhaps that Africa’s troubled economies may at long last be boarding the emerg­ing markets train, it carries with it a significant burden: much of the additional refined products are likely to need to be imported.

Why? Put bluntly, it’s a very hard task to assemble the political will and investment resources to build a refinery in Africa right now.

Only 56 refineries have ever been built on the continent. Fourteen of those have closed, and two have merged at Port Harcourt in Nigeria. Africa overall has a refining capacity (on paper) of 3.2 MMBOPD, but 2012 refinery output was only some 2.4 MMBOPD, 61 percent of which came from North African operations – product that is unlikely to wind up south of the Sahara. More than half the balance (58 percent) comes from South Africa’s four crude oil refineries, which between them generate some 530,000 BOPD of products.

By contrast Nigeria, which has name­plate refining capacity of 445,000 BOPD, produced only 95,300 BOPD of products in 2012, and has for years been heavily dependent on imports of products from Europe.

The continent’s governments are keenly aware of the issues they face. Not only is there a large shortfall in capacity, but much of the capacity that does exist is in grave need of upgrading. World Bank and other studies on air quality have concluded around $10–15 billion needs to be invested in improving oil products standards alone, to reverse dangerous declines in air quality in many African cities. This is before a single barrel of new capacity is added.

Then there’s the fact that most of Africa’s refineries are also too small to compete on the international stage: most world-class plants as of 2013 are at least 200,000 BOPD in size. Port Harcourt, at 210,000 BOPD, is Africa’s only offering above this size, with South Africa’s SAPREF running it a close second at 180,000BOPD. Such plants are dwarfed, however, by complexes like India’s Jam­nagar complex, with its 1.24MMBOPD of capacity. Even without building new refineries, therefore, there is theoretically a case for enlarging the existing ones.

These three factors – outright shortfall, low quality output, and lack of scale – have been responsible for African governments (mostly) making over one hundred announcements of proposed new refineries or refinery expansions in Africa.

But there is a giant gap between aspiration and reality, between what a government hopes for and what the commercial world is prepared to invest in, particularly at a time when the refining industry globally is challenged in a way it has rarely been in the past. There are plenty of other lower risk infrastructure projects, even in Africa. Significantly, the past seven years have seen a large-scale exit from African downstream markets by major oil companies, with Chevron, BP, and Shell selling substantial parts of their distribution and marketing empires outside South Africa to local companies, in particular Malaysian-owned Engen, and to trading houses such as Vitol and Trafigura. France’s TOTAL is the sole major left operating on a large scale across the continent, and shows little sign it is willing to invest in refining in the region. Expansion of the sector is indeed further constrained by the fact that – with the exception of Nigeria and South Africa – most local markets are simply too small to sustain a competitive refinery, and profits from long-haul products exports substan­tially lower than those from local sales… leaving the hope of competing on a world stage stuck in a Catch-22.

As a result, of all the announced new grassroots refineries, only five have actually been completed, and four were built by the Chinese – more specifically by CNPC, who put in a 110,000 BOPD plant at Khartoum in Sudan, a 12,500 BOPD plant at Adrar, Algeria, the 20,000 BOPD refinery at N’Djamena, Chad, and the similarly-sized Zinder plant in Niger. China is involved in theory with further expansion in Khartoum, and possible projects in Uganda and Equatorial Guinea. The fifth new plant was Egypt’s MIDOR refinery in 2001. Three refineries have been ex­panded since 2000 (Khartoum, Morocco’s Mohammedia, and Cameroon’s Limbé) and one has been debottlenecked at Skikda/Arzew in Algeria.

Much has been said and written about China’s investment relationship with Africa. Untroubled by political niceties in countries like Sudan, and motivated by a seemingly unquenchable thirst for raw materials, the Chinese have dared to make investments unthinkable to Western businesses – and more importantly to Western banks. As a result, in 2010 alone, Chinese bilateral trade with Africa grew 45 percent to a record $115 billion. By 2015, it is expected to hit $325 billion. Back in 2005, it was somewhere below $40 billion.

Chinese refinery construction in Africa – at least at the outset – was positioned as a quid pro quo enterprise. Refineries, like other infrastructure projects (railways, for example) were offered in exchange for a lock on natural resources.

But as the reality of making refining work commercially in some African countries has hit home, even the Chinese appetite for such deals has waned. Beijing’s trade partnerships are a great deal more about trade than about partnership. China’s interest in African infrastructure development should not be mistaken for philanthropy. There has been hard prag­matism behind every proposed Chinese project, and equally hard pragmatism behind its decisions to pull out, or not to invest in the first place.

CNPC was supposed to be expanding its Chad plant to 50,000 BOPD for example. It holds a 60 percent stake in the refinery. But a row in 2011 over fuel prices soured the deal and led the Chad government early last year to suspend its agreement with the Chinese altogether. President Idris Deby, enthused by the refinery start-up, had decreed a three-month price ‘jubilee’, slashing gasoline prices to some 67 cts/litre – about 40 percent of the price prevalent in Chad before the refinery opened. The move left the refinery $4.7 million in the red after only a few months of operation, according to CITAC’s researches, and refining came to a halt in September that year. Once restarted, a continuing row led to CNPC’s refinery General Manager being ejected from the country. From the Chad government’s perspective, it was having its arm twisted by Beijing; from Beijing’s, the expecta­tion was that contractual commitments needed to be met. Despite a renegotiated deal, it was not until December 2012 that pump prices actually rose, however.

A similar story at Adrar in Algeria that led to refinery closure was theoretically settled by negotiation early in 2012, but the status of the plant remains unclear.

And famously a $2 billion Sinopec plan to build a refinery at Lobito in Angola earlier this century never even got off the ground. Sinopec pulled out in 2007, and as of 2013, state Angolan oil company Sonangol is still looking for investment partners for the project. The construction contract has been awarded to US company Kellogg Brown and Root, but the comple­tion date has been pushed back from 2012 to 2014, or possibly 2015.

The question is now whether China’s taste for refining investment may have cooled to the point where it will decline to participate in more projects altogether.

It is more than three years since an expansion of the Khartoum refinery was announced – but nothing has happened, not least because in the intervening time, Sudan has become two countries, and ownership of the oil, in which CNPC has various equity stakes, is in dispute.

It’s too early to say that the Chinese affair with Africa is over. Chinese com­panies have after all completed over 500 infrastructure projects on the continent. Problems with a few high-profile projects should not overshadow that record. Nevertheless, recent experience may have underlined the need in Beijing to take additional care when assessing country risk – and a return to tighter agreements, perhaps more refinery processing agree­ments, is on the cards.

South Africa’ PetroSA began a pre-feasibility study on a 320,000–400,000 BOPD refinery at Coega in 2008. In 2012 it signed a joint study agreement with Sinopec on the plant and in March this year moved ahead to a ‘Framework Agreement’, valid for two years, for construction of the plant. Such an agreement, however, is no guarantee that construction will go ahead.

And if Chinese enthusiasm has waned, it is hard to see from where else Africa can obtain both the funding and commitment to construct new plants.

Uganda is looking at building a small refinery to exploit the waxy crude find made by Tullow Oil in the northwest of the country in 2006. But the plan has been bogged down in a dispute with investors Total, Tullow and CNOOC over whether or not also to build a crude export pipeline. The investors are keen to build a small 30,000 BOPD plant (with potential enlargements later) and export the rest. Uganda’s President Museveni has floated grander refining ambitions, however, mooting a refinery as large as 180,000 BOPD at times. CITAC under­stands a deal may now have been done for the smaller plant, though nothing has been signed, and meanwhile no actual crude oil is likely to flow from the find until 2014.

Equatorial Guinea, meanwhile, has also proposed to build a 20,000 BOPD refinery in its Rio Muni province. And in Nigeria, grand plans for up to three new refineries have been floated. Most recently, in April 2013, Africa’s richest man, Nigerian business mogul Alhaji Aliko Dangote, announced a plan to construct a 400,000 BOPD refinery by 2016, investing up to $8 billion of his own money in the scheme. Even as he launched it, however, Dangote acknowledged that his plan might face stiff political opposition from interests benefiting from Nigerian products imports.

The conclusion seems clear: it will not be possible for African refining to keep pace with the continent’s economic expansion over the next decade. But that expansion looks set to take place, refining assets or no.

By implication, investment in oil products supply will take place, but it will be investment in far less financially risky import, storage and distribution logistics. There will be a downstream oil boom. But it won’t be in refining.

This article, by Neil Fleming, an associate consultant with the London based CITAC, was initially published in the Oxford Energy Forum Reports, by the Oxford Institute for Energy Studies, in Oxford, England www.oxfordenergy.org. It is republished here with the kind permission of the Institute.