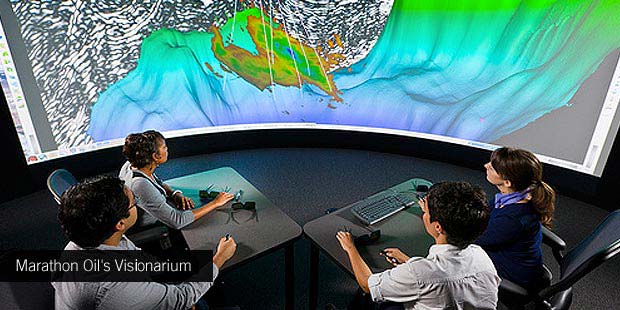 By Sully Manope, in Windhoek.

Three years after it got into a public spat with the Angolan government, over its intended sale of two-thirds of its 30% stake in the deepwater Block 32, Marathon is exiting Angola entirely, disposing of its remaining stakes in both Blocks 31 and 32.

The company’s press release on September 10, 2013, indicating a planned sale of its remaining 10% interest in Block 32 offshore Angola for approximately $590 million confirms Marathon Oil’s final exit from the country.
The American independent already sold, in 2010, 20% stake in the block to Sonangol, the Angolan state hydrocarbon company, for $1.0003Billion, after Sonangol excercised a right of first refusal over Marathon’s plans to sell the asset to the Chinese.
Why Angola Was Angry With Marathon
By Manuel Vincente, February 2010

Marathon Oil, the previous holder of Angolan deepwater Block 32, tried to commercialise part of its share on the international market without consulting us, the national concessionary, breaking promises made under legal agreements and Sonangol intervened.

There was an agreement, made outside of Angola, which involved a consortium of two large Chinese companies and Marathon for the sale of 20% of its share in the block. Sonangol then excercised its right of first refusal. After the first warning, Marathon then tried to sell the company which was the title holder of this 30% share of Block 32. This would automatically have meant disposing of the assets. Sonangol informed Marathon that it would use its right to acquire the 20% share available.
Companies have the right to explore these resources, but when they are no longer interested they have to return them to the owner, the government of Angola, and cannot commercialise them publicly.
Consequently, in the 1st Quarter of 2010, Sonangol paid $1,000,300,000 for its 20% share. We will add this share in Block 32 to a Joint Venture we have with the Chinese called China-Sonangol.

Mr. Vincente was President of Sonagol. Excerpt was called from Universo, a quarterly publication of Sonangol and published in the September 2010 edition of Africa Oil+Gas Report.

The company had previously announced, in June 2013, the proposed sale of its 10 percent working interest in Block 31 offshore Angola, to SSI Thirty-One Limited (Sonangol Sinopec International). “That transaction, with a total value of approximately $1.5 billion, excluding any purchase price adjustments, is anticipated to close in the fourth quarter of 2013, with an effective date of Jan. 1, 2013”, Marathon says in a release. Block 31 exported 122,325Barrels of Oil Per Day in July 2013, but it’s clear that Marathon sees better opportunities elsewhere. With the sale of its interests in Angola, which comes to over $2Billion, the company now has ” completed or agreed to divestitures totaling approximately $3.5 billion, surpassing the $3 billion upper end of our stated three-year target. We continue to evaluate our portfolio for high-grading opportunities and expect that process to remain evergreen and integral to our forward business plans,” says Lee M. Tillman, Marathon Oil president and CEO.