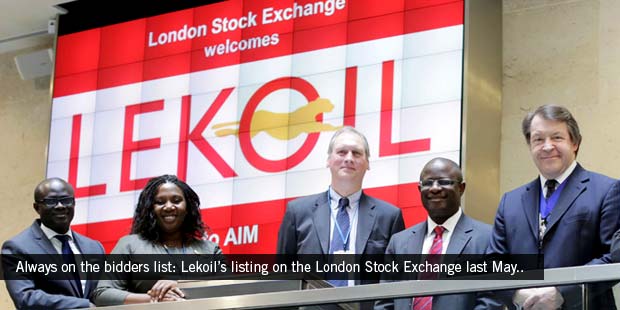 First Exploration and Production, Lekoil and Vertex are among the several Nigerian independent companies awaiting the announcement of the winner of a quiet bid for a 40% stake, as well as technical partnership, in Ubima and Otakikpo fields, two marginal oil fields located in the Eastern Niger Delta basin, onshore Nigeria. Seplat was also on the bid list, but has since opted out.
FBN Capital, the investment arm of First Bank, the country’s largest lender, is midwifing the transaction. “Some of the bids are as high as $30Million, even though these are mere marginal fields”, says a source close to the transaction.
FBN Capital was expected to have named the preferred bidder last Friday, September 20, 2013. A company named All Grace is the holder of Ubima Field in Shell operated Oil Mining Lease (OML) 17, while Otakikpo Field, located in Shell operated Oil Mining Lease (OML) 11, is held by Green Energy. The awards were made in patronage circumstances in 2011, outside the process of a competitive bid round.
The Beny Steinmetz Group (BSG) had moved in to acquire a 40% stake in each of the assets immediately the awards happened, but the company could not get ministerial approval. The recourse to seeking technical partners arose because All Grace and Green Energy have no technical capability to develop the fields.
The bidding companies are mostly the usual suspects, who have been involved in bids for assets offered for sale by Shell, ConocoPhillips, Chevron in the past year and half. Seplat, in particular, the largest African owned hydrocarbon producer, looks to be in acquisitive mode. It was reported to have acquired a 40% stake in Pillar Oil, holder and operator of the 2,700BOPD Umuseti/Igbuku marginal field and is in the process of concluding a similar acquisition in Chorus Energy, holder of the Matsogo/Amoji/Igbolo Field.
The company requires these fields to grow its gas volume to 250MMscf/d by mid- 2014. Seplat is also on the list of the last 11 bidders for Chevron’s 40% stake in OMLs 52, 53 and 55.