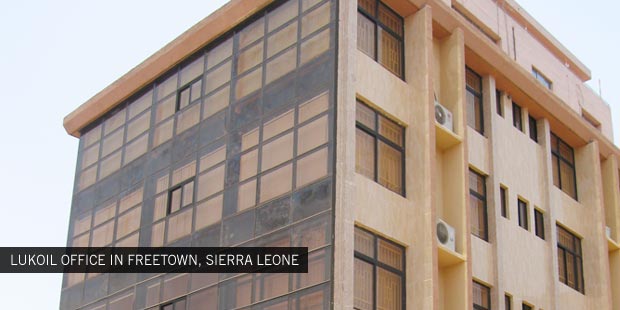 Russian operator Lukoil has spud a well on the Savannah Prospect in the SL-5-11 block located in deepwater off the coast of Sierra Leone in West Africa. The Eirik Raude drilling rig is expected to drill the well to a target depth of 4,700 meters below the sea bed. The water depth at the drilling location is more than 2,000 meters.

Eirik Raude is the largest 5th generation self-propelled offshore drilling rig in the world. The rig has a height of 122 m, width of 85 m, deadweight of 52,500 tons and transit speed of  seven knots, with a crew of 120 people.

Lukoil entered into the Production Sharing Agreement (PSA) for exploration and development of block SL-5-11 in June 2011 as an operator with a 49% share. The other project partners are Oranto (30%) and PanAtlantic (21%).

Block SL-5-11 covers an area of 4,022 square kilometers on the shelf and continental slope of the Atlantic Ocean with water depth ranging from 100 to 3,300 meters. The Savanah prospect, as well as several others on the lead were either identified, or confirmed on the acreage after the interpretation of 2D and 3D seismic data acquired over 1,500 square kilometers of the tract. “From the geological point of view, the block belongs to the Sierra Leone-Liberia basin where a number of sizable oil discoveries have recently been made”, Lukoil says in a press release.

“A standard contract for exploration and development of the block was concluded for the term of 30 years. The exploration program for the block includes re-interpretation of historical seismic data, an electric exploration survey and drilling of one exploration well”, Lukoil explains.