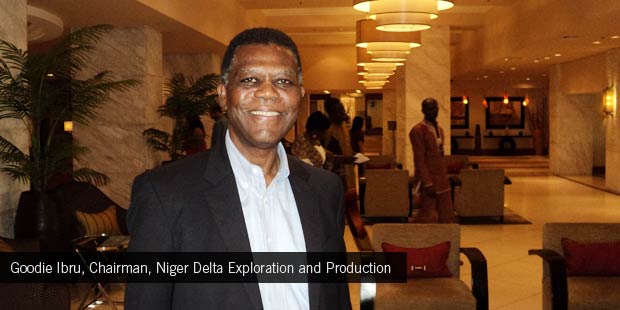 New reserves estimates, of 23.6MMBbls of oil and condensate, suggest that new drilling could more than double output
By Moses Akin-Aremu

The Ogbele field in eastern Nigeria delivered 507,774 barrels last year, a 31% decrease from the 732, 638 barrels reported in 2011, according to the yearly report of the Niger Delta Exploration and Production (NDEP), operator of the field. This means a reduction from 2,007BOPD to 1,387BOPD on average. The company reports “natural decline of Ogbele wells #4ST and #5ST as well as mechanical string failure of Ogbele well #3”.

NDEP’s management is however upbeat, saying that 2012 was the seventh year of uninterrupted production operations in our host communities and touting the “successful completion of Ogbele Well #6 as an oil producer” during the year. Indeed the company decided “to defer all drilling and workover operations until a clearer picture of the subsurface structures emerges, based on ongoing 3D seismic data acquisition and field re-evaluations”.  NDEP management says that the results of 3D reinterpretation and subsequent reserves evaluation show significant increase in previously carried reserves estimates.

Ogbele field currently carries booked proved reserves of 23.6 MMBbls of oil and condensate and 277.36Bscf of gas. The company’s planned activity “to increase daily production for 2013 include workover of Ogbele #3 and drilling of two additional wells by 2013 year end”. To this end, NDEP signed a two year renewable contract with ACME Energy Integrated Services for the procurement of a drilling rig. “This we were able to do in spite of the global scarcity of land drilling rigs”, the report says.