Renaissance Says 2012 was the year of African E&Ps 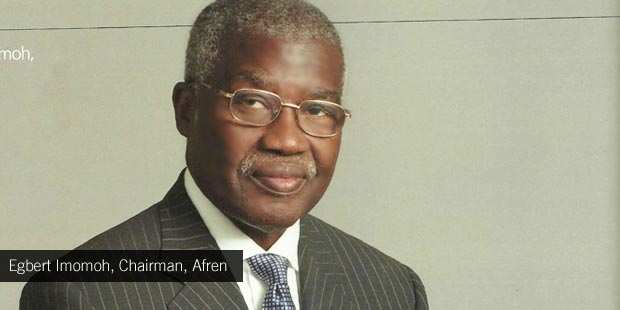 Exploration and Production companies, especially Independent western companies with significant exposure in Africa, have outperformed most of their peers during 2012, in the opinion off Renaissance Capital, the Russia based firm of financial analysts.

The company attributes this ‘outperformance’ to three main factors (‘themes’) of 2012:

A.     Acceleration of divestments by majors – deals such as the $1.8bn sale of ConocoPhillips’ blocks to Oando, $154MM sale of OML40 by Shell, Total and ENI to Eland as well as $850MM acquisition of OML30 by Heritage from Shell. These divestments provided reasons for the market to expect continued expansion of independent players.

C.    Successful IPO of Eland which was oversubscribed and generated a lot of investor interest. Mart Resources announced commitment to $0.05/share quarterly dividend which translated into a 20% dividend yield at the time of announcement.

Renaissance notes that performance of such oil and gas companies in the first half of 2013 was negatively impacted by military violence widely covered in international media. “From the beginning of 2013 we have observed increased evidence of military violence in Niger Delta. Even though militants attacks were primarily aimed at infrastructure of international majors this had  direct impact on operations of indigenous companies as they have to use export pipelines and terminals operated by majors to sell their crude”.  The company concludes from this that :“Security has become a real issue in the first half of the year with the following companies being particularly affected:

Renaissance argues that as far as operations are concerned, most companies have been on track. “Afren – which has the biggest exposure to West Africa among publicly listed companies – has been reporting gradual progress in development of its offshore fields in Nigeria (Ebok and Okoro) as well as onshore OML26”, re-iterating earlier stated guidance of 40-47,000BOPD (with current production standing at 47, 600BOPD). “The company has been reporting stable cash flows from operations at $0.5bn for 1H13 with fully funded development programme ($650MM capex planned for 2013)”.

Rennaisance sees that the British exploer Heritage has managed to successfully to ramp up production at OML30 through a number of low-cost initiatives to restore production (workovers and gas lift). Production has grown threefold from under 15,000 BOPD at the end of 2012 to 44BOPD as of August 2013.

Mart Resources, the Canadian company which is technical partner to Nigerian owned Midwestern Oil and Gas, has been able to restart production after ENI-operated pipeline was reopened. Tullow, meanwile, has seen some issues at its largest Jubilee (Ghana) field related to extended maintenance and had to trim its production guidance from 86-90kb/d to 84-88kb/d (current production is up 15% YoY at 88.6kb/d). Financial results have been generally ahead of expectations although down YoY (net income down 45% YoY).

“West African E&P players have, throughout 1Q13 and 2Q13, been re-iterating the importance of asset acquisition to their future strategy and growth profile”, Rennaisance asserts. Among deals that have taken place we should note the acquisition of OMLs60-63, 131 and OPL 214 by Oando from ConocoPhillips for a total consideration of $1.8bn which was announced in Dec 2012 (still pending completion). “Afren has increased its ownership in its Nigerian onshore subsidiary FHN from 44.4% at the end of 2012 to 78.1% in July 2013 (having spent $142MM on this). Eland managed to acquire 45% interest in OML40 from a consortium of Shell, Total and ENI for a total consideration of $154mn and successfully raised $190mn in Sep 2012 to fund this acquisition and future development programme. Lekoil managed to raise $50MM on AIM in May 2013, followed by additional $20MM raising in July and subsequently agreed to a 30% farm-in in Afren’s OPL 310. Later the company acquired 6.5% stake in OML113 from Panoro Energy (in which Lekoil has already held 30% interest).”

The market may punish you even if you’re a great exploration company; it prefers a balanced exposure to both exploration and production activities, with cash rolling in from production.  Rennaissance says that judging by the share price performance “the market did not have strong preference for dividends or production/exploration upside”. For example, Mart which has been consistently paying quarterly dividend of $0.05/share for over a year (and yielding 13%) has fallen (-13%) generally in line with much more exploration biased companies such as Kosmos and Tullow (down -16% and -18% respectively).
Meanwhile, Afren which has a full-cycle exposure from resources exploration to reserves development and production has been performing in line with Brent (up 7% and 5% respectively). “It seems that the optimal strategy to deliver strong shareholder results is a balanced exposure to both exploration and production activities with strong cash flows from producing assets funding future work to create additional exploration upside.

“In summary, despite general concerns related to security issues widely discussed in international media”, Rennaisance observes, Western Independents operating largely in Africa “ have been on aggregate delivering on their production and exploration plans”.
Engaging local communities into mutually beneficial cooperation at existing assets as well as securing own oil evacuation routes has proven to be an effective strategy to address production disruptions caused by militant unrest. “March share price correction which most companies focused on Africa have gone through highlights how sensitive the market can be to these issues, although strong financial and operational results reported by companies throughout the summer outweigh these concerns as evidenced from a subsequent share price recovery of all these companies”.

Renaissance says that the key drivers going forward based on past performance “are ability to secure transformational asset deals on attractive terms which requires strong funding position, track record and proven technical capabilities. A few companies have delivered on those and few more have potential to enter the race. In general, Africa has one of the lowest production levels relative to its existing reserves base and at the same time one of the highest exploration success ratio which makes it a top destination for global capital and internal majors. Its fast growing domestic economy provides good conditions for development of gas resources in addition to oil which so far has been treated as negative value in company’s portfolio.
We plan to continue monitoring developments in African oil  and gas sector as we believe the sector offers an attractive risk/reward balance with a few interesting names to consider”.