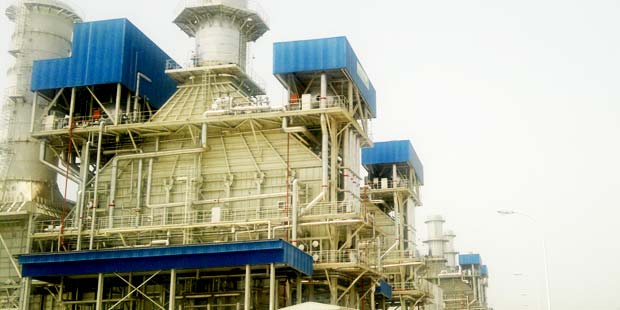 These are two of the 10 National Independent Power Projects (NIPP) under construction all over the country, and the President is scheduled to hop from one power plant to another, launching them in a blaze of publicity. The plants are slated to have been completed by 1st Quarter 2014. But for 60% or more of their overall installed capacity, gas is not assured, so the government’s claims that they would add 5,280MW to the national grid is not assured in the near term, our investigation shows.

The two power plants that the President has commissioned are ready examples of the mismatch between power plant readiness and gas supply.

Omotosho II is the second power plant to be built on the same site. The first one Omotosho I, commissioned in 2010, receives gas from the Escravos Lagos Pipeline System (ELPS), which has nameplate capacity of 1.3Billion standard cubic feet a day(Bcf/d) but supplies less than 800Million standard cubic feet per day (MMscf/d). Omotosho I receives less than 20MMscf/d from the ELPS. As a result, only two of its eight turbines turbines were in operation as of the last week of September 2013. Due to this, it generates only 51MW per day, around one sixth of its 304MW capacity. Omotosho II, with a 500MW nameplate capacity, supplies 110MW/d, also due to gas supply constraints. The only way that these two can do better is to put more gas in the system. There is no project, anywhere close to completion, that is assigned to do this.

A dire challenge faces Geregu II, which President Jonathan commissioned on October 3. There is no clarity yet, as to where the natural gas to fuel the plant will come from. “The gas supply is still under discussion”, officials at the Ministry of power confirmed, “no one has the GPO yet”. GPO is acronym for Gas Purchase Order; it is issued by the gas aggregator and requires a gas seller to negotiate with the gas buyer a Gas Supply Agreement (GSA) for a specified quantity of gas.

This in itself may not have been too much of a problem, if there really was some company which has gas at the ready, to supply the plant, once the GPO is invoked.

The only company, for now, that sends gas to the north of the country, is Seplat Petroleum, the Nigerian independent E&P firm. Seplat itself produces 130Million standard cubic feet of gas per day (130MMscf/d) from  Sapele and Oben fields. The company pumps 80MMscf/d from the Oben field in the Oil Mining Lease (OML) 4, to the Oben-Ajaokuta gas pipeline, one of the two inter-state gas pipelines in Nigeria. The gas is taken by the Nigerian Gas Company (NGC), which then supplies most of it to Dangote Group’s Obajana Cement plant in Ajaokuta. The rest is supplied to Geregu I, a power plant with installed capacity of 414MW, commissioned with fanfare in 2007 which has, for most of its life, been unable to generate up to a quarter of its capacity, largely because of gas shortage.

Geregu I is one of the four thermal power stations sold by the government in late August 2013. It delivers 65MW out of 414MW. The new owners (Amperion Power Company) now have an agreement with Seplat to supply the plant with 80MMscf/d. If this agreement kicks in, today, Dangote’s Obajana Cement plant will have a huge gas supply challenge.
A full report of Nigeria’s challenging fuel to power misalignment is published in the print and PDF versions of the October 2013 edition of the Africa Oil +Gas Report.