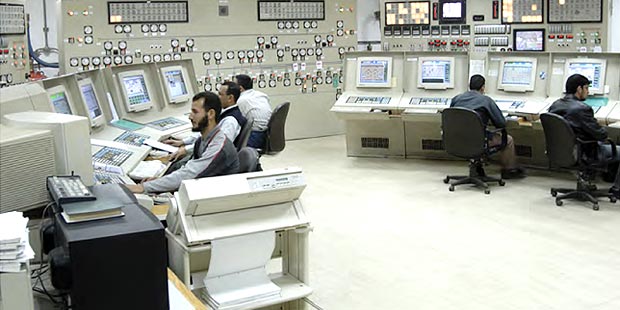 The thermal power plant has been at the heart of the country’s surge in domestic gas use in the last decade.
By Mohammed Jetutu, in Cairo

Egypt has a problem that most of Africa wishes they could have: its teeming population benefits directly from the energy beneath its feet.
The land of the pharaohs has gas resources in abundance-the third largest reserves on the continent- and it has converted so much of it to a range of domestic and industrial uses that it has depleted the tanks. Now it can hardly feed its export plants and it has called for import.

The country is diverting gas meant for LNG export into the domestic market. One of the two LNG projects has been mothballed. The second is struggling with output.

Power plants that are being envisaged cannot readily get final investment decisions because gas availability is no longer taken for granted.Egypt has the densest gas grid on the continent; with 17, 752km of gas pipelines, and a carrying capacity of 6.17billion standard cubic feet of gas a day. Some 20,000Megawatts or 86% of the electricity output, is generated by thermal plants, most of them gas-fired.

“Egypt is well electrified, with 99 percent of households connected to the electricity system”, according to an African Development Bank report. “Electricity demand has grown significantly in recent years due to the country’s socio-economic development. Peak electricity demand increased by more than 200 percent, from 6,902 MW in 1990 to 21,330 MW in 2009”.

Electricity generating capacity has grown steadily to keep up with the peak demand, almost doubling between 1990 and 2009 from 12,230 MW to 23,502 MW. As of 2010, the installed capacity comprised 21,030 MW of state owned power plants (2,800 MW hydropower and 18,230 MW thermal);2,048 MW in three private power plants; and 425 MW in wind power. In 2013, peak load has averaged 24,000MW. Electricity in Egypt is generated mainly from thermal and hydropower stations. However, all major hydropower sites have already been developed and new generation plants being built are mainly gas fired, although there are ambitions to increase the proportion of renewables in the mix. Thermal generation is based on combined cycle and steam plant technologies. In its generation investment plan, Egypt Electricity Holding Company allocates 38% of its new base load generation capacity to steam plants and 36% to combined cycle.

Egypt decided on an aggressive domestic beneficiation of its gas resources in its golden years of gas discoveries. As the country’s gas reserves nearly tripled from 23Trillion cubic feet (Tcf) in 1995, to 67 Tcf by the end of 2005, allowing the country to commission two LNG trains of 3.6Tcf in the same year, the government hoped the reserves could nearly double to 120 Tcf by 2011.

The government places a high premium on domestic gas use, often saying that two-thirds of gas discoveries to be set aside for domestic use and as a strategic reserve, explorers must find three times as much gas to support their export plans.But two things have happened between 2006 and 2013.  The several gas discoveries in the last half decade have not added up to match the dizzying growth in domestic gas consumption, which have been fuelled by low prices.

Low domestic prices are a deliberate government policy in Egypt; it’s a policy that has made it Africa’s biggest consumer of own gas and it has been a politically difficult decision to adjust domestic prices to international prices. Operators have argued that such subsidies are a huge disincentive to exploration. The years of low prices for domestic gas supplies-to which oil companies are obliged- have created disincentives for these companies to enthusiastically bring the gas to market.

So, it’s not just a question that there is declining gas finds; it is also that domestic supply projects from the Mediterranean offshore continue to be delayed by commercial and other challenges.

This simply means that power plants that are being envisaged cannot readily get final investment decisions because gas availability is no longer taken for granted.

One of the goals of the Egyptian ministry of power is to “interconnect the Egyptian Electrical network to African, west and east neighboring countries”, according to its website. That presupposes that Egypt would generate excess power and share with the neighbours. The reality, today, however, is that the country is looking outside for help. Suffering from an electricity deficit of between 2,000 MW and 2,500 MW, Egypt is hoping to secure financing for a major interconnector project with Sudan to allow for the exchange of 250 MW between the two countries.