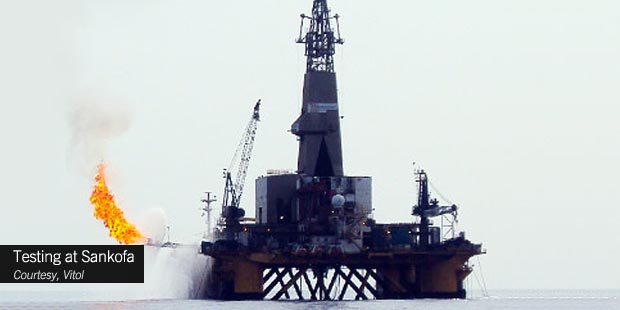 Crude oil traders are investing aggressively in the African upstream landscape. They are funding farm-ins into acreages held by independents in Ghana, operating rank wildcat assets off Cote d’Ivoire and buying oil even before the wells are drilled in Nigeria.

“If you are a serious independent with sound field development plans”, says Sam Ojibua, an energy analyst in Johannesburg, “the big Crude Oil traders are ready sources of funds for your project”.

Glencore recently acquired 33.3% participating interests in three Production Sharing Contracts (PSCs) in Chad and 25% share in Mangara and Badila fields in the same country from Caracal Energy International, the operator The  Anglo-Swiss trader is funding $300M of Caracal’s share of development Capex over three years. (As of June 30, 2013, the cost remained $200M).

Glencore acquired a further 10% share in the Mangara and Badila fields from the state oil  company (SHT) to take its stake to 35% in these fields. Glencore holds between 23% and 60% equity in five blocks in Equatorial Guinea.

To go by the example of  Glencore, the movement of these companies from the far downstream to the rank upstream has been quite profitable. Glencore has 23.5% in Block I, where the Aseng field lies. The field has produced 38.2 million barrels of cumulative gross production to 1st September 2013, since coming on stream in 4th quarter 2011. The company reports positive cash flows of $1.254Billion from that field as of July 2013. Meanwhile, Alen field, on Block O, where the company holds 25%, is expected to gross 30-35,000Barrels of Condensate per day by December 31, 2013. In Cameroon, the company has 90% and 100% operatorship in Matanda and Bolongo blocks respectively. The move also helps these companies to lock in the crude oil trading opportunity, as they fund the upstream property. In Chad, Glencore has offtake rights for Glencore and Caracal Barrels. Separately, Glencore has export offtake rights for 90% of the total Chad Government barrels under a separate pre-financing deal. Operator Caracal’s target forecast exit 2013 production rate of 20,000 – 23,000 barrels of oil per day (gross)

Swiss-based, Dutch-owned Vitol Group has not made much of its foray into upstream opportunity in Africa, but it would come. Vitol holds 30% of Ophir operated Offshore Contract Area in Ghana, where the first well, Starfish-1, was reported to be a duster. The well cost at least $50Million. The company has 44% participating interest in ENI operated Offshore Cape Three Points (OCTP) block, where the Sankofa East-1 well encountered 76 meters of gross oil pay and 28 metres gross gas and condensate sands in Cretaceous sequences. In May 2012 Vitol signed a Production Sharing Contract and acquired a 36% interest and operatorship of offshore block CI-508, Cote D’Ivoire. The company is carrying out an extensive 3D seismic acquisition prior to drilling any well. Vitol is hoping to replicate its success in the former Soviet Union in Africa. The company’s operated production in that part of the world is currently around 10,000 barrels of oil equivalent per day (BOEPD), having been as high as 36,000 BOEPD. “Our proved plus probable (2P) reserves and discovered resources in excess of 340 million barrels of oil equivalent (net)”. The company says it is  “continuously seeking other growth opportunities both within our current core areas of West Africa and the FSU and more broadly in Africa and elsewhere”.