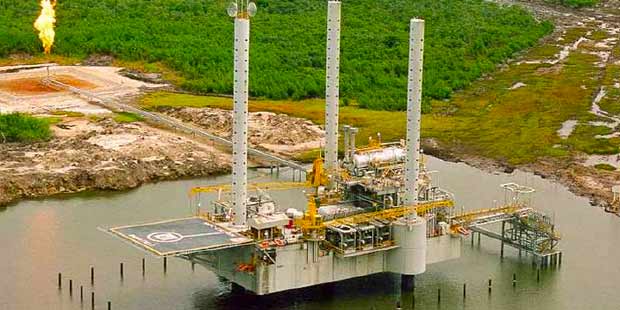 Seplat has won the bid for Chevron’s 40% equity in the gas rich Oil Mining Lease (OML) 53, in the eastern onshore Niger Delta basin. Amni Petroleum is the preferred bidder for OML 52 while Belema Oil Company clinched OML 55.
These separate victories contest the thesis that Chevron had preferred, all along, to offer the assets to a company who bid for the three assets in a package.

Chevron, however, is the winner who takes all. It would pocket at least $900Million (ex whatever tax is applicable), after all this is over. The company will then move on to finalise the sale of its 40% equity in OMLs 83 and 85, offshore of the current mouth of the Niger Delta Basin.

Seplat bid for the three assets when the race kicked off in July. It indicated in its bid that it was partnering with Amni Petroleum for OML 52, which lies astride Amni’s OML 117, where the company produces Ima and Okoro fields. It was willing to pay for OMLs 53 and 55 and share payment with OML 52 with Amni.

Seplat has figured itself as a key player in the Nigerian domestic gas market, and had been keen on OML 53, whose undeveloped Ohaji South Field had been the subject of a unitization discussion of a straddling gas structure between Chevron and Shell. The acreage is also the most resourced of the three properties, to go by the figures supplied in Chevron’s Information Memorandum, quoting the Nigerian Department of Petroleum Resources (DPR). Out of the P1 (proven) reserves estimates of 555MMBOE for the three tracts, OML 53 is assigned 310MMBOE.

Amni’s decision to go for OML 52 is premised on a field development of the Tubu field, te acreage’s signature asset, which takes advantage of the proximity to the neighbouring Ima field facility.

Belema Oil Company is a special purpose vehicle, reportedly promoted by host communities in OML 55, formed for the purpose of acquiring the asset.

The bid for these three acreages have been quite competitive. Before Tuesday, July 29, 2013, which was the deadline stipulated for submitting indicative offers , there were over 25 companies lining up for the prizes.

Shell, the country’s largest operator, crashed out early out of the race. After a second round of weeding, 11 companies were left.

The anxieties among the bidders in the five weeks following the final submissions have fueled speculation about whether Britannia U could have won, on account of its $1.6Billion bid for the three acreages.

« Shell Looks For New Heartlands In Africa
Marginal Field Round: No Place for ‘One Man Business’ »