Cobalt On A Bumpy Road To Pre-Salt Prize 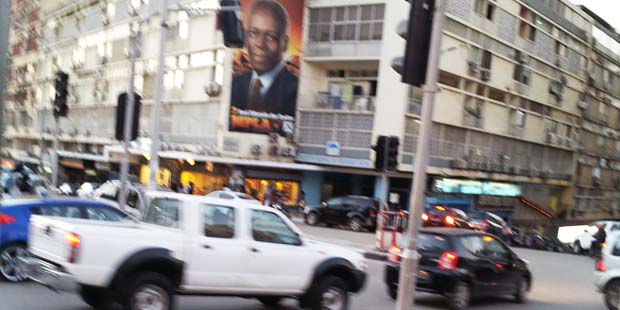 A whole lot is riding on the proposed Drill Stem Test (DST) planned for Lontra-1, the last well drilled by Cobalt Energy offshore Angola. The deepwater pre-salt well, located on Block 20, reached total depth, with the drilling and evaluation results confirming the presence of oil and gas, according to the company, which operates the lease with 40%. Partners include Sonangol P&P 30% and BP 30%.

Cobalt has announced two lack lustre DST results and a gas find in three pre-salt reservoirs in deepwater Angola and Gabon in the last two months. Yet the American independent has slanted news of its operations in these countries, as encouraging “discoveries”.

Lontra-1 is the fourth of four probes by the American independent into Angola’s pre-salt reservoirs in deepwater Kwanza Basin. The results have been generally mixed, even though Joseph H. Bryant, the company’s Chairman and Chief Executive Officer, claims that “each of the four wellsto date has been successful in finding and delineating new hydrocarbon resources in the Angolan presalt”.

Of the four, the only non-controversial well has been Cameia-1discovery (Block 21), in which a DST flowed at an un-stimulated sustained rate of 5,010 barrels per day of 44-degree API gravity oil and 14.3 million cubic feet per day of associated gas (approximately 7,400 BOEPD) “with limited drawdown”. With this “discovery”, Cobalt announced the so-called “Super Pay reservoir, or the “Cameia Mound”.

Cobalt didn’t report the hydrocarbon footage in the appraised section in Cameia-2, but was candid about the failure of the DST in a deeper target. “The  drill stem test of the lowest interval drilled in the Cameia #2 well, did not produce measurable hydrocarbons”, the company admitted, but noted “the results of this drill stem test have no bearing on the commerciality of the Cameia Mound Development Project”.

Cobalt had announced, in early November 2013, that Lontra-1 and Mavinga-1 were discoveries, but the DST operations on Mavinga 1 weren’t encouraging; “efforts to establish a sustained flow rate from a full drill stem test were unsuccessful. Cobalt claims that Mavinga-1 encountered 30 metres of net oil pay and “the discovery was confirmed by the successful production of oil from mini drill stem tests, direct pressure and permeability measurements and log and core analyses”.

With two successive failed DSTs, the Lontra-1 test is one to watch.

Cobalt is the most media savvy of all the operators eyeing the pre-Salt prize in Africa’s emerging “pre-salt market”, namely Angola, Gabon and Congo Brazaville.

The Diaman-1B well, in the DiabaLicence in deepwater Gabon, for example, encountered 50metres of gas in pre-salt reservoirs, and not a single drop of oil. But it has been widely reported as Gabon’s key to the deepwater hydrocarbon league.

Even with the challenges of getting a proper DST result from Mavinga-1, Cobalt Energy sources still go ahead to estimate a gross oil column of up to 200 metres at the crest of the Mavinga structure updip of the Mavinga #1 well, declaring that“additional drilling would be required to confirm the ultimate gross thickness of the mound and its reservoir quality”.

The company says it plans to mobilise the Petroserv SSV Catarina drilling rig to the Orca #1 pre-salt exploratory well, located approximately 25km northeast Block 20.  “This is a remarkable and highly unusual start to the exploration of such an immense new basin” says Mr.Bryant.“Our early success in exploring the pre-salt offshore Angola and Gabon, coupled with our success to date in the deepwater Gulf of Mexico, are a testament to the depth of our portfolio”