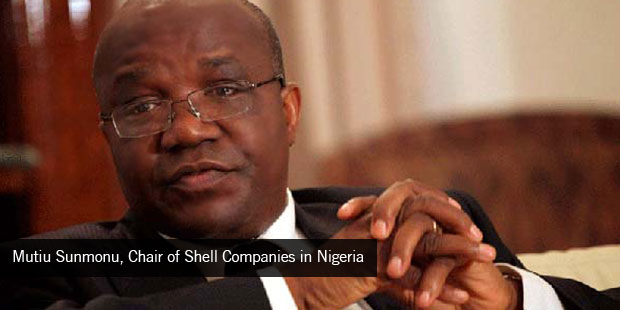 OML 29 is the “jewel in the crown”; 10 companies in contention for offshore leases.
Shell has cut down, from 100 to 25, the number of companies bidding to buy its stake in four producing acreages located onshore Eastern Niger Delta. Shell, TOTAL and ENI are selling the combined 45% stake they hold in Oil Mining Leases (OMLs) 18, 24, 25, 29 in Nigeria’s Rivers State. As operator of the assets, Shell is leading the sale effort.  It would be the third of a series of sale of the partners’ stakes in assets located onshore Niger Delta. Shell and Co have sold equities in eight acreages for a total cash haul of $2.72 Billion between 2010 and 2013.

“Half of the companies on the list will be out of the race in the next few weeks, leaving about 12 for the bid round proper”, says an impeccable source at the Nigeria National Petroleum Corporation (NNPC), the state hydrocarbon company. “It is the final 12 that will be allowed into the data room to evaluate available data”. Local investment bank, First Bank Capital, is working with Shell on this deal.

Most of the bidders are eyeing OML 29, which holds the iconic Oloibiri field, site of the country’s first discovery, as well as the large sized Nembe Creek field, and the Santa Barbara and Odeama Creek fields, all producing.

In June 2013, Shell discretely intimated some Nigerian indigenous companies of its plans to divest from several unnamed Eastern Nigerian onshore licences. In no time, the list of bidders, which initially included such ‘usual suspects’ as Sapetro, ND Western, and Seplat, had ballooned to 100. “There were so many consortia of all sorts”, joked Sam Ajibua, an Africa oil M&A analyst based in Johannesburg. Three months later, when the Anglo Dutch major named the acreages, industry’s attention was focused on the ongoing sale of Chevron’s stakes in three onshore assets in the same neighbourhood. Chevron wrapped up the divestment from OMLs 52, 53 and 55, in early November, with the winning bids going to Seplat, Amni, and Belema Limited. Now, everyone’s attention has returned to OMLs 18, 24, 25 and 29.

Meanwhile, Shell has also quietly invited about 10 select companies to bid for the 45% stakes of Shell, TOTAL and ENI in OMLs 71 and 72, in shallow water eastern Niger Delta.  The company expects, however, only five companies to be in final running for the acreages.