NDDC: The Necessity of a Rebirth 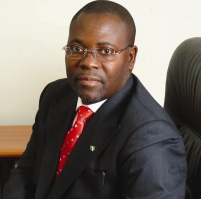 “Akwa Ibom state has some of the best and brightest Nigerian professionals in the oil & gas industry today. Why can’t one of them be seconded to run NDDC? The upstream sector of the Nigerian oil industry is arguably the most efficiently run business sub sector in Nigeria, yet a significant percentage of the management cadre is made up of  Nigerians. Can’t we get one of them to run NDDC? Governor Akpabio pleasantly surprised many when he recently named a technocrat from the banking sector as Secretary to the state government. Why can’t we get him to do the same thing with NDDC?”

When the Niger Delta Development Commission (NDDC) was set up by the government of President Olusegun Obasanjo in 2000 many anticipated the development  challenge in the that region would have become passé  ten years down the line.

“As we launch the master plan today”, the president noted, it is my abiding belief that we are also launching the commencement of a voyage of hope that will sail the Niger Delta past a legacy of turbulence, neglect and poverty into an assured future as our nation’s most peaceful, most prosperous and most ecologically regenerative region by 2020” he said at the inauguration.

With an annual budget of about N250 billion, a lot is rightfully expected of the agency. Thirteen years later, that optimism has fizzled away. What initially seemed like a regional asset for infrastructural development has become, arguably, a problem. And except drastic changes occur quickly NDDC will go the way of predecessor agencies.

Political Jostling
The problems of NDDC can be summed up in one word: politics. Political influence and manoeuvring have overwhelmed the agency’s ability to fulfil its interventionist mandate. Given that the board and management are comprised of political appointees, political compromises take precedence over professional or logical judgment, regional need and interest. On the other hand,  the jostling that marks appointments to the board end up putting square pegs in round holes.

The federal government is currently on the verge of constituting a new NDDC board, thus signalling the commencement of a fresh round of jostling. In Edo State, there is a bizarre political chess game going on to determine who gets appointed into the board. On one end of the battle line, Adams Osiomhole, the state governor, is pitched against members of the Peoples Democratic Party (PDP). On the other end is a sad intraparty bickering within the ranks of the PDP itself.

For some members of Ilaje community in Ondo State, the matter is not only about who gets appointed to the board, but about the position he gets to occupy. A group which describes itself as “Ilaje Elite Group” believes that it is the turn of Ondo State to produce the next Managing Director of the NDDC. The group also wonders why the positions of Executive Director, Project and Executive Director, Administration should be rotated between Delta, Bayelsa, Rivers and Akwa Ibom as against a rotation among all the nine NDDC states as prescribed by the Act establishing the agency.

Perhaps, the story making the most headlines is the recommendation by Governor Godswill Akpabio of Akwa Ibom State of Bassey Dan-Abia as the next managing director of the agency. Dan-Abia, the commissioner of Housing and Urban development in Akwa Ibom state was the former acting chairman of the agency and had been a board member representing the state on the commission for two terms. People from Eastern Obolo Local Government of Akwa Ibom State would prefer one of their own over Dan-Abia, who is from Esit Eket. Other cases abound of how the appointment to NDDC board and management is being strangled by the type of politics that swing from the region to Abuja and back.

Why all the politics? The agency’s huge annual budget turns into hundreds of contracts yearly, most of which are awarded to political allies who often collect payment without executing the projects. Instead of taking legitimate steps to get back the money paid unscrupulous contractors, the agency often turns a blind eye in the interest of party loyalty. The result is abysmal performance over the years.

Performance
Consider the report of the Presidential Monitoring Committee on the NDDC. The committee headed by Chief Isaac Jemide claimed to have physically inspected and evaluated 609 projects spread across three states. The committee reported that 222 projects or 36.5 per cent of the 609 projects inspected were completed, 102 or 16.7 per cent were on-going while 285 or 46.8 per cent were abandoned at various levels of completion. Although the committee said the monitoring of 1,510 projects for the period 2005-2011 in the remaining six NNDC states has been completed and that the reports are being compiled, one does not expect the result to be much different from the first batch in which nearly half of the total number of projects embarked upon by the agency was abandoned. In 2011, a committee headed by Steve Oronsaye reported that the region was littered with hundreds of uncompleted NDDC projects that would require at least N1.4 trillion to complete.

Akeem Ayofe Akinwale of the Department of Sociology, University of Ibadan, and Evans Osabuohien of the Department of Economics and Development Studies, Covenant University, argued in a 2009 report that solving the problems of the Niger Delta was not just a matter of mobilizing more funds for NDDC but also developing entirely new models and ways of achieving sustainable development.

“The importance of culturally nuanced strategy for the development of the Niger Delta should not be underrated. This study considers the inevitability of greater indigenous input towards successful implementation of the NDDC Master Plan” said the report.

Tomorrow starts today
The idea of an interventionist agency that will fast track the development of an impoverished region that lays the golden egg is a winner any day. The people of the region agitated for a long time before NDDC was established. In setting up and funding the agency, the federal government demonstrated a commitment to address the issues of developing the region. But the way things are, NDDC will not be able to accomplish this mission. Citizens must demand a restructuring of the process of recruiting those who run the agency. Leaving such a key decision to politics and politicians would definitely be the wrong thing to do.  The problem is not lack of competent people to run the agency; the region has more than enough competent hands that can do the job. The problem is politics.

Akwa Ibom state has some of the best and brightest Nigerian professionals in the oil & gas industry today. Why can’t one of them be seconded to run NDDC? The upstream sector of the Nigerian oil industry is arguably the most efficiently run business sub sector in Nigeria, yet a significant percentage of the management cadre is made up of Nigerians. Can’t we get one of them to run NDDC? Governor Akpabio pleasantly surprised many when he recently named a technocrat from the banking sector as Secretary to the state government. Why can’t we get him to do the same thing with NDDC?

Perhaps it is time for Nigerians to insist on the establishment of a new legal framework that will ensure autonomy and limit political interference in the appointment of the chief executive of NDDC. Even when this has been done, the people must see to it that the agency is properly monitored to make sure that all is well.

« The Mogul Hauls In The Cash
FIX IT: NIGERIA’S POWER SECTOR IS TOO EXPOSED TO GAS »