Chevron’s sale of its 40% stakes in Oil Mining Leases (OMLs) 83 and 85 is winding to close, with the offer of the equity to First E&P, the Nigerian independent founded by Ademola Adeyemi-Bero, former Managing Director, BG Nigeria.

First E&P’s main claim to relevance is that it holds a 10% stake in ND Western, the consortium which bought Shell/TOTAL and ENI’s combined 45% equity in the gas rich OML 34, for $600Million in August 2012. That acreage contributes 315Million standard cubic feet of gas per day, the largest volume of gas to the domestic market. 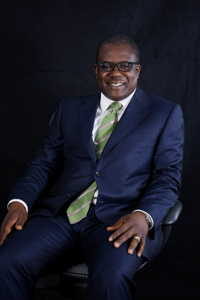 OML 83’s Anyala and OML 85’s Madu fields are very prospective acreages that have been the talk of the upstream property market in Nigeria for upwards of eight to 10 years. Chevron “inherited” Anyala and Madu, with its acquisition of Texaco in the late 90s. The fields themselves had only been discovered in the early 1990s and Chevron, though willing to increase output, had kept putting off sanction for their development.

The Information Memorandum sent to the invited companies declares that OML 83’s Anyala field “has discovered total resource and upside potential (as deeper opportunities are mapped) of over 200MMBOE(8/8ths). The field’s discovery well, Anyala 01A, drilled in 1974, encountered 259 feet net gas sands, 50 feet net oil sands and 34 feet net undifferentiated hydrocarbon. Additional five exploratory and six appraisal wells were drilled and evaluated between 1996 and 2006. The field is fully covered by seismic data, Chevron notes in the IM, stating that “250km of 3D seismic data was acquired over Anyala field in 1993 and processed in 1994. 700 km of 2000 vintage migrated full stack3D seismic data was bought in 2006. Time-depth chart is based on Anyala 4 and Anyala 8 check shots and seismic stacking velocity”.

OML 85’s Madu field has discovered total resource and upside potential (as deeper opportunities are mapped) of over 140MMBOE (8/8ths). Approximately 45% of discovered resource is gas. The field was discovered in 1992 with Madu 01 well, drilled in 80 feet of water to a TD of 9, 114 feet True Vertical Depth subsea. The well encountered 170 feet net oil and 146 feet net gas in six hydrocarbon zones. Additional nine appraisal wells were drilled and evaluated between 1992 and 2006, the company explains.