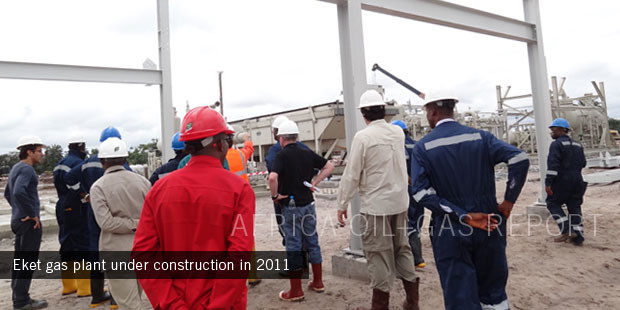 Gas has started flowing from the Uquo Field in Nigeria’s Oil Mining Lease (OML) 13 into the Ibom Power Plant. Both are located in the south eastern Niger Delta basin. “We are wheeling 100MW into the Nigerian Power Grid”, say impeccable sources at the Ibom Power Company in Uyo, capital city of  Akwa Ibom State, which is one of Nigeria’s oil and gas producing states. The delivery is made possible by the completion of repairs on the 120MW Frame 9, the largest turbine in the station.

It is almost one year since the Uquo Gas processing plant was completed and flamed to life, but the power station had been unable to receive the fuel due to turbine faults; all the three turbines of the plant have been down for most of the period. Ibom Power Company, owned by the Akwa Ibom state government had maintained the plant all by itself since the commissioning in 2010. Now it is considering signing an Operation and Maintenance Contract with GE, the manufacturers of the turbines.

Supply of gas from the Ekid Gas processing plant in Eket is part of the terms of the contract between Septa Energy and Ibom Power Company for forty five million standard cubic feet per day (45MMscf/d) of gas to Ibom Power plant.  The field is a marginal field held by Frontier Oil, whose technical and financing partner is Septa Energy. The latter owns and maintains the 66km Accugas pipeline,  which runs from the gas plant to the power station. Frontier Oil and Septa Energy are cautious about making any comments. “We have waited so long for this”, say one Frontier Oil official who prefers not to be named “ we know the process will be full of ups and downs before it settles down”.