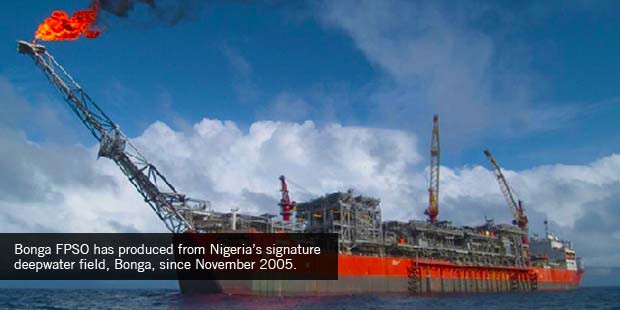 Nigeria’s total production of crude oil fell by 100Million barrels between 2006 and 2008 and increased by the same volume between 2008 and 2011, but while the proportion of production coming from Production Sharing Contracts (PSCs) surged, relative output from acreages licenced as joint venture (JV) operations was on the decline.

This trend indicates an increasing relevance of the PSC as a form of operating arrangement, according to a six year audit by Nigeria Extractive Industries Transparency Initiative (NEITI). The caveat, however, is that, as PSC production increases, mainly from deepwater field developments, the state’s revenue profile comes under stress. Royaties and taxes to the state coffers may, in fact, decline.

The bulk of Nigerian crude oil production is shared between the PSCs and the JV licences, while service contracts, sole risk contracts and marginal field licences make up a minuscule, at most 5% collectively.

“The reduction in the JV production share is as a result of Federal Government not meeting their cash call obligations, thereby resorting to alternative funding arrangement”, NEITI notes in its report of the financial audit of 2009-2011, which was released in June 2013.

Nigeria ventured into Production Sharing Contract arrangement after the Arab oil embargo of 1973, which contributed to a profound seismic shift in the relationship between oil producing countries and their oil consuming counterparts. It is not a coincidence that the country’s first PSC arrangement was with Ashland Oil Company in 1974. (Those assets were acquired by Addax in 1998 and are still being operated by that company through PSC agreement, today) . The PSC became popular worldwide as producing countries sought to gain better control of the industry. The thinking was that it would benefit the state more than the old, traditional Joint Venture agreement.

The main features of a generic PSC agreement, considered, in theory, are:

Upon commercial production, oil produced is allocated in the following manner:

Several years after the Ashland agreement of 1974, the predominant contract model for exploration, development, and production of Nigeria’s hydrocarbon resources remained the joint venture (JV) arrangement, under which the Government, acting through the state hydrocarbon company (NNPC), contributes substantial counterpart funding (cash calls) to meet equity participation in the joint ventures (JV), in which the state holds majority shares.

The trigger for the decision to go all the way to Production Sharing Agreements came in the form of NNPC’s consistent inability to pay the cash calls.  “The issue first ballooned into a crisis for the first time in 1993, when we owed, I think, $1.2 Billion”, recalls Funsho Kupolokun, a retired Group Managing Director of the NNPC. Kupolokun was a Group Executive Director of the corporation in 1993.

In the same year, Nigeria was opening up its deepwater terrain, joining, in the process, the global deepwater campaign which took off in the mid-80s in the US Gulf Of Mexico. The government chose the PSC arrangement in awarding licences for over 20 acreages in the deepwater, mostly to International Oil Companies. The dominance of the JV arrangement in Nigeria thus became contested.

The newness of the deepwater frontier and the poor understanding of the geology of the terrain at the time, informed some of the most generous PSC fiscal terms anywhere in the world for the Nigerian deepwater licences.

“An investment-friendly graduated rate of royalty payment dependent on water depth was provided for” in the contracts, notes Patrick Okonjo, Principal Partner in the Lagos law firm of Okonjo & Okonjo. The rates, legalised by a Military Government decree of 1999 decree, now an act of law of the National Assembly in the current civilian democracy, are as follows:

There were more sweeteners. The 1999 law caused petroleum tax payable under the PSC arrangement to be fixed at 50% flat rate of chargeable profits for the duration of the production sharing contracts against the rate of 85%, prescribed by the Petroleum Profit Tax Act operable in the Joint Venture arrangement.

The law also prescribed an investment tax credit (ITC) as capital expenditure and is fixed at a flat rate of 50% of the qualifying expenditure, in accordance with the production sharing contract term for the applicable accounting period. This is set off against tax liabilities.

As these contracts were signed at a time of poor knowledge of the working of the deepwater petroleum system, and against a backdrop of oil prices of less than $20 per barrel, the government included three re-opener clauses which could have given the Nigerian government far more take than was granted in the contract, if the deepwater projects ever turned more profitable than envisaged.

By 1997, the Bonga and Erha oil fields, each with reserves exceeding 500Million Barrels, had been discovered by Shell and ExxonMobil respectively. By 2001, oil prices had surged far ahead of $20 per barrel. Except for the dip in 2008, oil prices have hovered around $100 and more for the past six years. Bonga and Erha were both in production by 2006. In 2007, each of them was producing in excess of 150,000BOPD.

In effect, all the requirements for the re-opener clauses had been met by 2008, fifteen years after the 1993 contracts were signed.

In 2008, Chevron commenced production from Agbami field, described by Offshore magazine as “a $7 billion project containing an estimated 900 million barrels of oil equivalent of recoverable hydrocarbons, the largest deepwater discovery to date in Nigeria”. Whereas Bonga and Erha produce less than 150,000BOPD today, Agbami is still delivering in excess of 250,000BOPD, in short, over 1 million barrels every four days. In 2009,  TOTAL brought, on stream the Akpo field deep water development. The company itself claimed that the field had proved and probable reserves estimated at 620 million barrels of condensate (around 50° API), and more than 1 trillion cubic feet (tcf) of gas.  “It  is one of the largest deep offshore projects ever undertaken”, the company said in a release. Akpo is currently producing 175,000BCPD. Condensates, named for the chemical process by which the hydrocarbon comes out of the ground (it’s gas in the reservoir and condenses as light oil as it emerges in the surface), are sold as crude oil.

The Nigerian state considers itself as having not benefitted from these large finds, in spite of the re-opener clauses.

Based on an estimate of $72 per barrel, in late 2012, revenue projection by the government, for 2013, according to NNPC data, indicated that the IOCs operating ~800,000BOPD from PSC fields in deepwater terrain contribute $7billion annually compared with production of  1.4million BOPD Joint Venture fields that contribute $39 billion annually. These figures were provided in a paper by Abieye Membere, the NNPC’s Group Executive Director for Exploration and Production.

Government bureaucrats have expressed their anger both in public and private. Sanusi Lukman Sanusi, the country’s Central Bank Governor has reportedly called on Multinational companies to “renegotiate this or get out,” At an economic conference in Abuja early in 2013, he reportedly remarked: “These discussions are not just economic discussions; they’re discussions that go to sovereignty.” “Unfair fiscal terms” for the deepwater operations, which account for 40 per cent of Nigeria’s oil production, cost the country $5 billion a year in lost revenue, and contribute to the decline of the foreign, currency reserves of Nigeria, Sanusi was reported to have said.

Last June, Phillip Asiodu, who was minister of state at the Petroleum Ministry in 1993, asked in an interview in a local daily, The Guardian, “What is the explanation for waiting for thirteen years and getting lower revenues, when within our existing contracts and laws, we could have improved”?

International Oil Companies would not discuss these issues in public. In private, however, some of them express the opinion that the Nigerian government should have simply called for renegotiation, as per the terms of the contract. “We were preparing for a review”, admitted a former Vice President of an IOC, an impeccable source who doesn’t like to be named. “The government would have been right to call for a renegotiation”.

But the government didn’t, at least until the end of 2012. So all the public lamentation was not backed by any move to activate the re-opener clauses.

Instead, the government was hoping that deepwater contracts would be extensively revised through the Petroleum Industry Bill (PIB), an omnibus piece of legislation which combines 16 extant petroleum laws in a single document. In the post PIB era, government take is expected to leap to as much as 74%. However, for six years, a fierce national debate has held down the signing of the bill into an act of parliament.

And yet, while the government complains about inadequate tax percentage in the legislation, it is having trouble agreeing with the companies regarding calculation of the extant PSC royalty and Petroleum Tax Liabilities. A dispute between NNPC and the PSC operators as to the calculation of PSC royalty and PPT Liabilities is before an arbitral panel. That dispute puts, in contention, the quantities of oil that should be lifted in order to settle Royalty and PPT and the remaining profit oil.

As the IOCs knock down the merits of the PIB, and win the media battle for the contest of the good guy in the debate, they get to hold back the possibility of an extensive revision of the PSC contracts in favour of the state. Meanwhile, the state has shown so much helplessness, even ineptitude about clawing back profit that is rightfully due to it. Do the IOCs have more incentive for ignoring to re-negotiate, than Nigerian bureaucrats have in the re-capture of state funds?