Kenya Gets Even Better

Explorers top up their estimates to 600MMBO of resources

Kenya has refused to stop being the flavour of the month.
The latest onshore exploration wells, Amosing-1 and Ewoi-1 in Block 10BB, in the north of the country, encountered between 180 and 280 metres net oil sands, to go by very preliminary estimates. “The wells are large discoveries”, in the opinion of operator Tullow Oil and its partner Africa Oil. “These two wells continue the 100% success rate in the South Lokichar Basin with seven out of seven discoveries to date”, Africa Oil enthuses.
Amosing 1 and Ewoi 1 have not been tested. Petrophysical evaluation has not been completed. 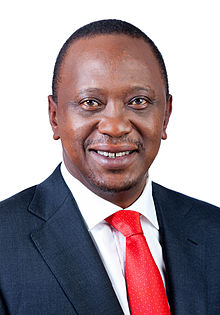 Tullow says that the results suggest that increased discovered resources for the basin has grown to over 600MMBO. Now, “given the significant volumes discovered and the extensive exploration and appraisal programme planned to fully assess the upside potential of the basin”, the company reports. “Tullow and partners have agreed with the Government of Kenya to commence development studies. In addition, the partnership is involved in a comprehensive pre-FEED study of the export pipeline. The current ambition of the Government of Kenya and the joint venture partnership is to reach project sanction for development, including an export pipeline, in the period 2015/2016”.

Amosing-1, located seven kilometres southwest of the previously announced Ngamia discovery, intersected potential net oil pay of 160 to 200 metres, based on results of drilling, wireline logs and samples of reservoir fluid. This significantly exceeds the partners’ pre-drill expectations. Africa Oil reports that “Amosing is along the western basin bounding fault trend commonly referred to as the ‘string of pearls’”.

Ewoi-1, on the east, encountered potential net pay of 20 to 80 metres “and has continued to de-risk the basin flank play opened up by the 2013 discovery: Etuko-1, located four kilometres to the east.

Following completion of logging operations, the wells will be suspended for future flow testing which will confirm the net pay counts. The two rigs will mobilize to drill the Emong-1 prospect (formerly called Ngamia West), and the Twiga South-2 appraisal well, both located in Block 13T.