Kosmos In Due Financial Season

Kosmos Energy, the 10 year old American minnow, says it is in the best liquidity position it has ever been,“with total liquidity forecast to be ~$1 billion” at the end of 2013. 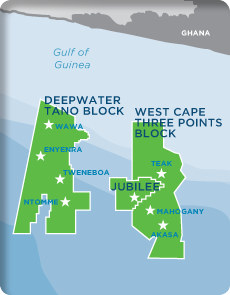 Some of the money for exploration activity the company will carry out in 2014 has been “taken care of” in the terms of the farm outs that Kosmos executed in 2013. “While exploration activity is expected to increase in 2014, capital expenditures are shown as reduced due to the benefit of the farm-outs”, the company remarks. The British major BP acquired a non-operating interest in each of Kosmos operated Essaouira Offshore, Foum Assaka Offshore and Tarhazoute Offshore blocks off Morocco. The London listed Cairn Energy farmed into the Cap Boujdour Contract Area.