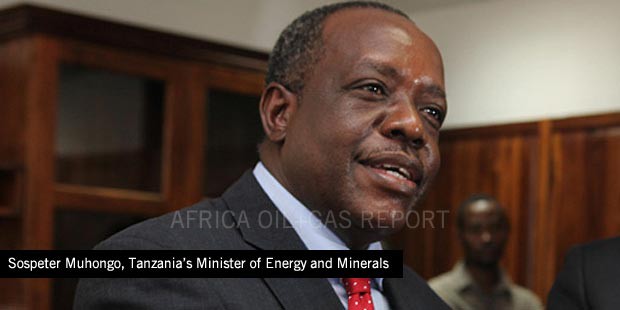 A gas regulator is also on the table

The Tanzanian government will either replace the Tanzanian Petroleum Development Company (TPDC), with a new state hydrocarbon company, or strengthen it to take on board more midstream and downstream activities, in addition to its current oversight of upstream activities in the country.
Either way, when the government moves to fully implement the gas policy, the 41 year old TPDC will no longer look the way it does now.

Tanzania has witnessed discoveries of significant gas deposits in the last 42 months. Its notional natural gas reserves have grown from eight trillion cubic feet (Tcf) in early 2010 to around 43Tcf in late 2013. The country is keen that those reserves are managed properly for the benefit of the economy. A new gas policy, approved by cabinet in October 2013, is one of the tools for designing a beneficial gas industry.

The TPDC currently acts as National Hydrocarbon company as well as licensing body. It manages the core interactions around investor interest and licensing. The work of regulator as well as approvals of licences are at the level of the permanent secretary in the ministry of Energy and Minerals. TPDC is the entity superintending the ongoing bid round involving seven acreages in the country. It is also the state representative in equity holding in Production Sharing Agreements.

But the gas policy, published in October 2013, talks about a “designated National Oil and Gas Company”,  as well as  a new “regulator for natural gas”.

The designated National Oil and Gas Company “takes new roles and responsibilities in the light of natural gas discoveries and the need for development of the industry”.

The 45 page document mentions “a designated National Oil and Gas Company” several times, yet there is nowhere it mentions the TPDC by name. The policy says that “Oil and gas activities including commercial and regulatory roles shall be carried out separately by relevant entities”.

The document “only covers mid- and down-stream segments” and “upstream activities will be guided by separate Policy document”. However, the gas policy “recognizes the important linkages between activities in the entire gas value chain. Thus the Government will promote efficient and effective exploration and development of hydrocarbons and will continue to participate and manage data on hydrocarbons and establish mechanisms for natural gas exploration programmes and targets for managing license holders”.

Government will retain unrestricted right of ownership of all geological data and use of such data to promote investment in oil and natural gas resources in keeping with standard industry practice, the policy remarks. This is a task that TPDC is currently performing. The state will however, according to the document “ also strive to maximize the country and physical and non-physical benefits from natural gas exploration and production operations”.

Here are the words of the policy with regards to these two entities:

(i) To promote and safeguard the National interest in the natural gas industry;

(ii) To advise the Government on Policy issues pertaining to mid – and down-stream natural gas activities;

(iii) To participate in development and own strategic natural gas projects and businesses on behalf of the Government;

(iv) To acquire, analyse and disseminate information on issues regarding the natural gas industry;

(vi) To acquire and own land for key natural gas projects; and

(vii) To establish and enable an Aggregator who will develop, own and manage the major infrastructures for mid- and down-stream natural gas sector, including but not limited to the following:

Regulatory Authority
The potential size of the natural gas resources in Tanzania and its expected multiple uses require a robust regulatory authority. The role of regulator for natural gas shall be:

(i) To perform the functions conferred to it by the gas legislation;

(ii) To enforce Acts and Regulations;

(iv) To establish standards for goods and services in the natural gas industry;

(v) To regulate rates and charges in the natural gas industry;

(vi) To monitor and evaluate performance of natural gas activities including levels of investment, cost of services and availability of gas supply; and

(viii) To facilitate the resolution of complaints and disputes.