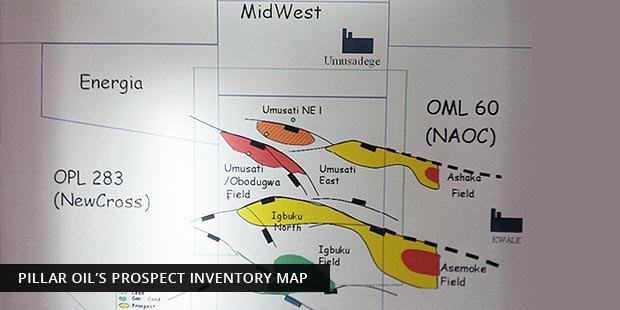 Three Nigerian marginal field producers were completing a well each, to put on stream as the celebrations to usher in the new year were on. The completions could boost the country’s output by as much as 7,000BOPD.
Two of the companies, Pillar Oil and Energia, are already producers, delivering 2,700BOPD and 3,500BOPD respectively. Energia also produces lean natural gas and other products from a 25Million standard cubic feet of gas per day processing plant. Meanwhile, Excel E&P, is hoping it would be the next marginal field producer on stream. 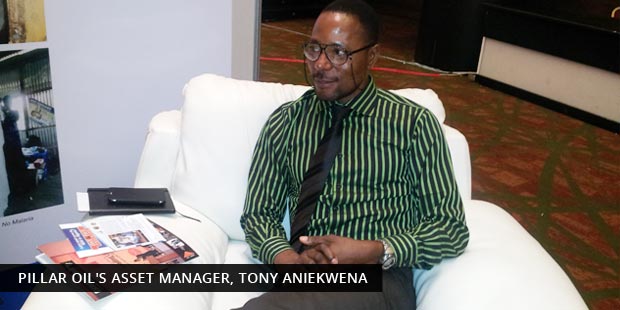 The three companies belong to the so called class of 2003, the 31 companies and Joint Ventures awarded 24 fields after the conclusion of the Marginal Field auction 11 years ago. Eight of those 24 fields are currently in production. Excel E&P expects its field, Eremor, to be the ninth. As of the last week of December 2013, Excel was conducting DST on the two reservoirs in Eremor field. The company had 5,000 barrels of oil, with 0.25% BS&W (base sediment and water), in the tank and still flowing with extended well test. “Production rates cannot be given now because the D-03 reservoir is yet to stabilise due to excessive loss of brine in the reservoir”, company sources whispered. “Which is good. The excessive loss shows we have a good permeability”.
Funding for this project came from an $18MM loan/equity financing for the final stages of field development. Excel is hoping to complete in dual strings and produce up to 3,000BOPD. The company had done an extended well test before, indeed as far back as 2006. So what’s the difference with this one? “This time, there’s gravel packing and tubing installed as the test is being carried out”, according to officials at the Department of Petroleum Resources, the country’s regulatory agency.  A two kilometre pipeline to the Brass manifold in Peretorugbene, in Oil Mining Lease (OML) 46 is on the cards.
Pillar Oil, meanwhile, is completing a second well, 18 months after it commenced production of the first well it drilled on the Umuseti structure. Its production will likely go up to 3,500 BOPD, from the current 2,700BOPD, even though it has the capability to produce 4,000BOPD. Ullage issues are the main challenge of the four (cluster) companies that collectively produce to Agip export facilities in Kwale, Western Nigeria. Pillar was the third company in the marginal field class of 2004 (after Platform and Midwestern), to reach first oil. But it had struggled far below 1,000BOPD and the re-entered well, Umuseti-1, died out at some point. It took close to two years before it drilled its first well, which is now producing 2,700BOPD.

Energia completed its third well (Well-6 on the structure) in September 2013; to increase production capacity to 8000 BOPD in December 2013 after flowline tie-in. It was constructing 2x 10,000 barrels crude storage facilities, at the time of our going to press – to commission in December 2013. Energia currently produces 3,500BOPD, limited by production constraints imposed by the cluster arrangements. Neither Energia sources, nor DPR officials, could confirm by how much Energia’s 3,500BOPD will increase when this current well is done. To solve the Ullage issues, the company is constructing, in league with Midwestern Oil and Gas, a 53km by 12 inch alternative pipeline from Umusadege to Eriemu.

« Angola’s Rig Count Is 26, With Chevron as the most active driller
Ophir In A New Year Duster »