Angolan Onshore Bid Round Is Opportunity For Locals 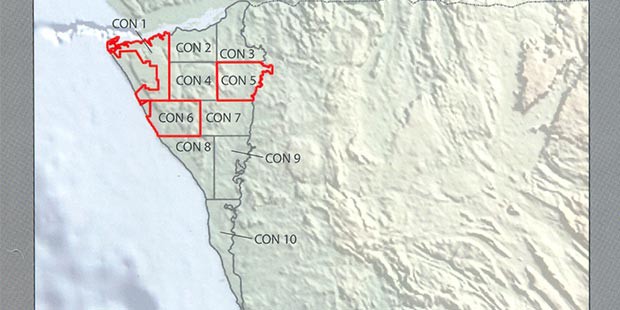 “This is the time to look for Angolans to partner with.”
By Sully Manope, Southern African correspondent

Angola’s imminent bid round is an opportunity for local oil companies to develop capacity. This is the wish of the government of this large Southwest African country.

Most Angolan E&P companies, however, do not have financial resources so they will need to partner with international oil companies. The country is offering 10 blocks in all (see map), three in the onshore Lower Congo Basin and seven in the onshore Kwanza Basin.

Three roadshows on the round have taken place in January and February of 2014, in Luanda, London and Houston. These meetings were meant to show the viability of the blocks to potential investors. “The Government is very much aware of the lack of technical and financial capability of the Angolan companies hence the roadshows”, say sources familiar with the bid round. “My impression is that they will be sold mostly to Angolans and the Government expects them to look for partners”, adds Sam Ojibua, an oil and gas investment analyst covering the continent from Cairo. “This is the time to look for Angolans to partner with.”

Angolan officials themselves have not provided details. There are so many guesses, in spite of the roadshows, as there hasn’t been any guidance note. “A local company will be required to form a consortium with a partner for funding and technical expertise, which usually will be a foreigner”, says a would-be participant. The only party sure of anything in this round is the seismic data vendor. PGS, the Norwegian seismic company, has a two dimensional (2D) multiclient survey on the properties and has been listed as a vendor to contact for data. Also listed as vendors are Geotec and the Schlumberger subsidiary WesternGECO.

In Angola’s 2006-2007 bid round, companies had to bid on their own, they could not do it as part of a group of companies, but that particular round was for deep-water assets and was not targeted at  indigenous companies.

Six indigenous Angolan E&P companies each hold between 2.5% and 30% in 12 acreages in the country. They produced less than one million barrels of oil in total in the last quarter of 2013. This comes to less than 11,000BOPD, collectively.

What’s in these tracts?

The blocks offered in the onshore Lower Congo Basin are entirely rank exploration tracts. But onshore Kwanza Basin, Petrofina has operated about ten fields.  Production was up to 20,000 BOPD and then the fields depleted.  Production ceased in about 1995 in part due to the depletion of the fields and also due to civil war security issues.  Some of the blocks may include some of the old fields, so there may be some opportunities for rehabilitation of the old fields.

Angola’s production is almost entirely offshore, with deep-water output having a disproportionately larger share of produced volumes than shallow water.

Most of the Kwanza Onshore Blocks are in Quisama National Park, located just south of Luanda. 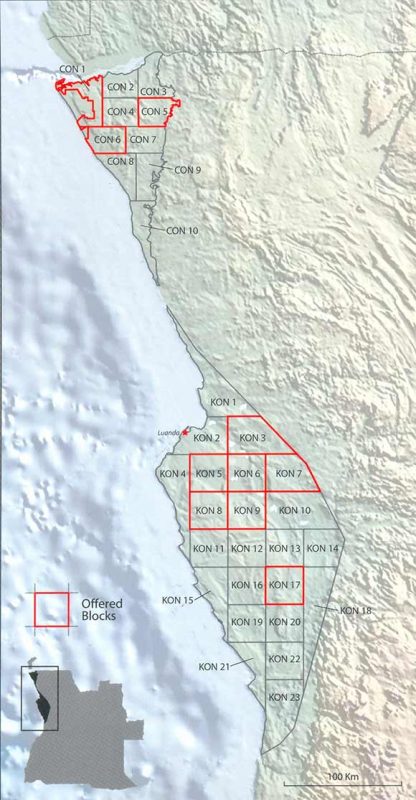