Lake Is The New CEO At African Petroleum

Shell alumnus picked to run Australia’s aggressive minnow
Stuart Lake has been appointed Chief Executive Officer of the Australian minnow, African Petroleum Corporation Limited. He takes over from Karl Thompson, who stepped down from the position on February 1, 2014.

The former Vice President of Exploration at Hess has over 27 years of experience in a wide variety of roles in international oil and gas companies, including four years in the Apache Corporation, where he was in charge of Global New Ventures and later Exploration/Exploitation activity in Argentina. 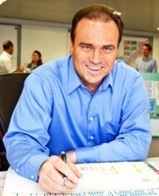 African Petroleum made the first commercial discovery off Liberia in February 2012, with a total of 32 metres of excellent quality net oil pay. It made another discovery in the same waters in February 2013. It has a net acreage of 31,908sq km, through the acquisition of five new exploration licences, offshore West Africa.

AP’s new CEO Lake is, essentially, a Shell alumnus. It was in the Anglo Dutch major where he grew up professionally, spending over 19 years, rising to Vice President Exploration for Shell, Russia and holding a wide variety of positions in both Exploration and Production throughout the world.

In his four years at Hess Corporation, he globally re-established a proactive basin master approach to Exploration New Ventures which led to significant strategic partnerships, “that secured Hess a competitive position, enabling the company’s entry into Kurdistan and other positions in West Africa and the Gulf of Mexico”, African Petroleum says in a release. “Prior to that, he was Vice President Exploration for Europe, Africa, Middle East, Russia and South America directing more than 30 discoveries in Russia and leading the highly successful exploration campaign in Ghana that resulted in seven consecutive hydrocarbon discoveries”.