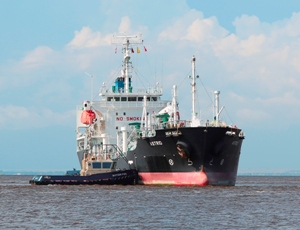 The local market is top priority

Angola LNG has sold its first pressurised domestic butane cargo from its plant in Soyo, the facility built to create value from Angola’s offshore gas resources.

The first cargo was sold to Sonangol Gás Natural Limitada on a Free on Board (FOB) Soyo basis and safely loaded onto the pressurised butane carrier Astrid.

Sales of butane from Angola LNG will be prioritised for the domestic market, with any remaining butane committed for sale – on an FOB Soyo basis – to all of Angola LNG’s shareholder affiliates, for export markets.

The pressurised butane jetty was commissioned immediately prior to commencement of loading operations. Commissioning included the testing of safety devices, mooring arrangements and loading arms. All three jetties (LNG; refrigerated propane, butane and condensate; and pressurised butane) have now been commissioned and used to safely and successfully load cargoes.

Angola LNG Limited is an incorporated joint venture between Sonangol, Chevron, BP, ENI and Total that will gather and process gas to produce and deliver LNG and NGLs. The plant has an expected duration of at least 30 years.