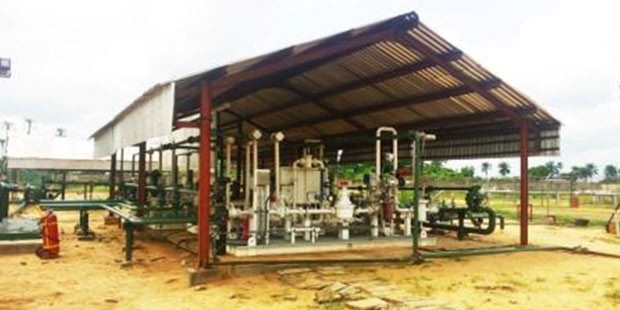 ENI subsidiary, Nigerian Agip Oil Company(NAOC) has been dragged to the Department of Petroleum Resources (DPR) by four Nigerian companies claiming it is cheating them vide a formula it uses for crude theft losses in its export pipeline.

The “Cluster Group”, including Midwestern Oil and Gas, Energia, Pillar Oil and Platform Petroleum, collectively export around 20,000 Barrels of Oil Per Day(BOPD) through the NAOC flowstation at Kwale, from which the fluid goes to the export terminal at Brass in the Eastern Niger Delta. The companies are not happy that the Italian major imposes restriction on the volume of fluids they export, but even more they complain that whenever NAOC claims there’s theft in its pipeline, “the company distributes the losses in a way that is not equitable”, says a CEO of one of the companies who opts not to be named.

Mart Resources, the Canadian minnow that is the technical partner to Midwestern Oil and Gas, has been the most vocal about the inequity of NAOC’s formula. “NAOC has been unable or unwilling to provide the marginal field companies that produce through the Umusadege export facility (“Cluster Group”) with an explanation for the basis for the pipeline and export facility losses or for the reasons for the fluctuations in allocated pipeline losses”, the company says in its February 2014 operational update on its website.

Attempts to get NAOC’s side of the story has not yielded results. The company’s spokespersons did not respond to our emailed queries in the last three weeks.

“In October 2013, Agip hit us with 34% of our production as losses”, says Adams Okoene, CEO Midwestern Oil and Gas, the largest operator (13,000BOPD) in the cluster.

But inspite of DPR’s request to stop allocating the facility loses until the matter is resolved, Okoene says: “I know that Agip keeps allocating losses to us”, as recently as January 2014.

“They don’t care what the regulator (DPR) says”, notes the CEO who wants not to be quoted.

Midwestern Oil and Gas and partners are, through the Umugini Asset Company Limited, in the process of completing the construction of an alternative crude evacuation route, that export the fluids via Shell’s system at Eriemu in the western Niger Delta.

« Seplat Lists On The LSE, Looks To Raise $500Million
The “DISCOVER THE DIFFERENCE“ Event Was a Success!!! »